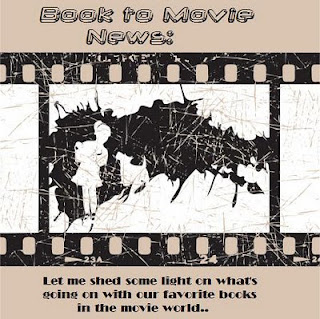 Wow it's a never-ending week with all these awesome post about our YA books to movies. SOOOO with that being said. The Hunger Games finally has a release date MARCH 23, 2012
I know, I know I should be the last person to be excited for this because of my thoughts toward the 1st book. ( I have yet to read the second and third which I have both now. So I will get to them!) Still I think it would make an awesome movie just like a lot of the other books I think would too. I'm not against the book at all. I did grow to like the last half of it. Being able to see Katniss, Gale, Peeta, and all the other Tributes in movie form.
Never heard of The Hunger Games, or are a little late in the game (like me :) ) Here's a little bit about the trilogy.
----------------------------------------------------------
Here's what EW had to say:
Game on! Lionsgate has announced to EW that The Hunger Games, the highly anticipated adaptation of Suzanne Collins’ futuristic YA thriller about scrapper Katniss Everdeen and her fight to survive a brutal reality TV contest, will be released on March 23, 2012. Director Gary Ross recently revealed to EW that he aims to go into production of the first installment of Collins’ trilogy later this spring.
Some other related articles:
1. What the movie will be rated, and how it feels to be called the next Twilight? Here
(I don't think I'm to happy with this comparison. I've said it before, and I'll say it again every book is different in it's own way. Yes, the premiss or whatnot might be similar however, not the same. I think this really, REALLY holds true with these two books. They are complete opposites. Except for maybe a weird love triangle. I don't know. One is based on the supernatural beings we all have grown to love, and a world we live in well besides the above mentioned S.B. The other  is on a completely different level. It's a new world we've never seen. Be it the futuristic America, and it has tons more action, and dare I say killing. Please tell me where it has room to be compared? As for the rating system I couldn't careless. I'm sure it will be good whether be "R" rated or "PG-13" rated. After all young teens have read the book they should be allowed to see the film. :) Just an opinion.
2. Why Gary Ross got the coveted job, and who suggested Megan Fox for the lead role! Here.
(OMG! I'm sorry I saw Megan Fox's name and had to click on. I was going to be pissed if that was a thought for the casting. I'm sorry but I'm not a fan of hers. She was okay in Transformers, but that's about it. I think what either him or the lady (can't remeber) says is true it would be nice to see an unknown play the parts just for the simple fact that we  already have in our minds what  huge stars like M.F should play. They already have connections with so many other characters that it wouldn't feel right if she or any others were to take on the katniss role. We want to be able to relate with Katniss' character, and see a fresh face with it.)
3. Director Gary ross talks about casting Katniss. Here
(I think this goes along with my top answer. Still it's a good article go on and read it)
-----------------------------------------
Those my fellow readers and bloggers are my thoughts, and tributes to this news.
Thank you and do come again.

Posted by Ashley @ Bookaholics Anonymous at 1:44 AM