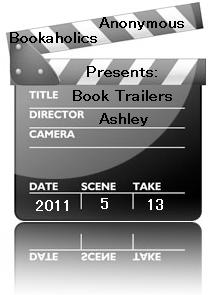 A little more info!
About the "Trylle" Series and "Switched":

From Amanda Hocking, million-copy bestselling author and internet sensation comes the Trylle series… it all begins with Switched, available everywhere 1.3.12. As a special gift to readers, Switched contains a new, never-before-published bonus story, “The Vittra Attacks,” set in the magical world of the Trylle.
The Trylle series continues with Torn, on-sale 2.28.12, and concludes on 4.24.12 with Ascend.
SWITCHED… at birth:
When Wendy Everly was six years old, her mother was convinced she was a monster and tried to kill her. Eleven years later, Wendy discovers her mother might have been right. She’s not the person she’s always believed herself to be, and her whole life begins to unravel—all because of Finn Holmes.
Finn is a mysterious guy who always seems to be watching her. Every encounter leaves her deeply shaken…though it has more to do with her fierce attraction to him than she’d ever admit. But it isn’t long before he reveals the truth: Wendy is a changeling who was switched at birth—and he’s come to take her home.
Now Wendy’s about to journey to a magical world she never knew existed, one that’s both beautiful and frightening. And where she must leave her old life behind to discover who she’s meant to become…