Aria, the main character in ASK ME, is 17 and up until the events in the book that force her to change her ways, she’s been all about hiding herself, often behind her long hair and even in the old-fashioned clothes that her grandmother buys her. She’s fairly tall and thin, with long eyelashes. She’s an oracle and I like to think that there’s probably something a bit ethereal about her because of that. 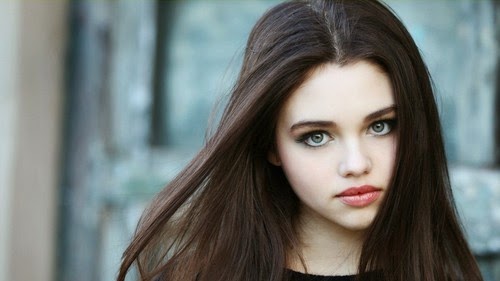 I’m down to two possible picks for Aria. The first one is India Eisley. I really like that she’s got that kind of otherworldly glow about her. And her hair is good, as well as her eyes. Plus she even looks good without much makeup (I wish I could say the same). That would be in character for Aria, who really doesn’t wear any makeup on a normal basis. However, she seems like she might be a bit too short for Aria and I’ve never actually seen her acting, so I’ve got no idea what she’s like. 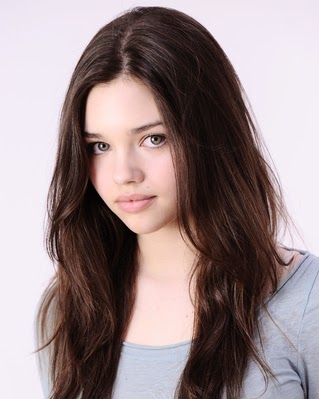 My other choice would be Hailee Steinfeld. I really like that she’s got a hidden core of strength in her (did you see her inTrue Grit? Oy!). I like that when she’s not smiling she can seem really somber and unapproachable but when she does smile, it’s like a ray of sunshine. I think Aria would be like that. She’s also taller than India, so that would work better.

My perfect cast choice, honestly, would really just be someone who could be both weak and strong, brave and frightened, and shy but bold. Because Aria is all of those things.

Kimberly Pauley is the award-winning author of Sucks to Be Me, which was honored on the YALSA Quick Picks for Reluctant Readers list, and a paranormal mystery starring an oracle, called Ask Me. Born in California, she has lived everywhere from Florida to Chicago and has now gone international to live in London with her husband and son. She is also the founder of YA Books Central, one of the first and largest teen book websites in the world.

Visit her online at
Website|Twitter|Facebook|SoHo Press