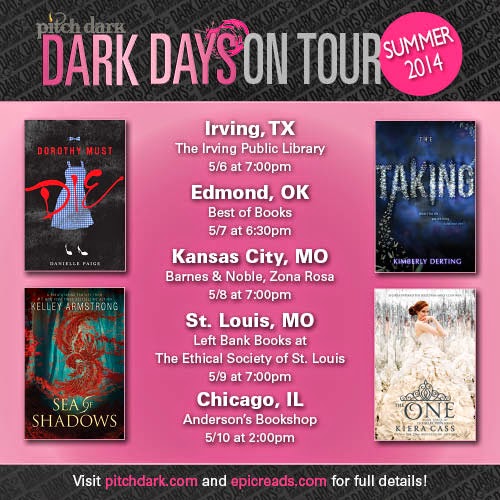 Yea, another signing I got to go too. It was the Dark Days Tour in Irving, Texas. I was pretty excited to go because I've wanted to got to a dark days tour not to mention I wanted to see these authors as well. I think the Irving Public Library did a very good job on setting up the place as you can see from the pictures below. (Note a few pictures were taking from Twitter and Kimberly Dertings FB page. I suck when it comes to picture taking.) 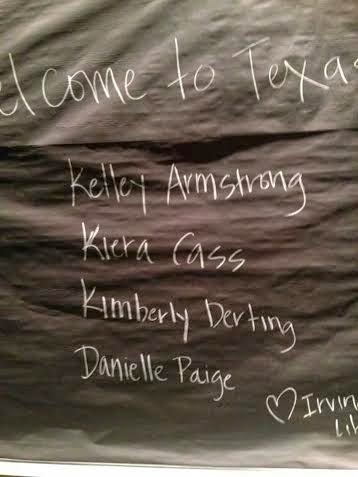 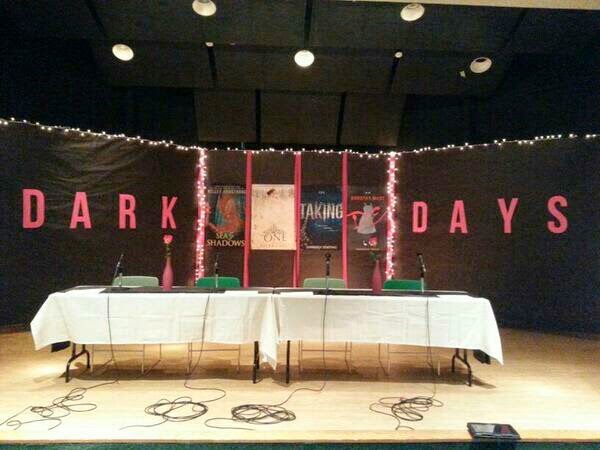 I know I'm a little late putting this up, but hey better late than never right? 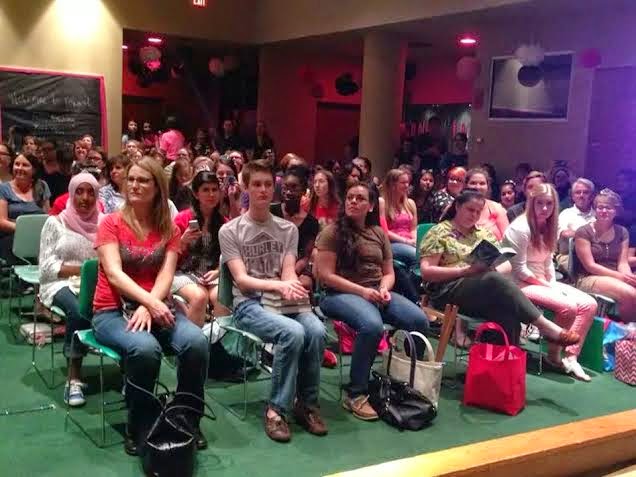 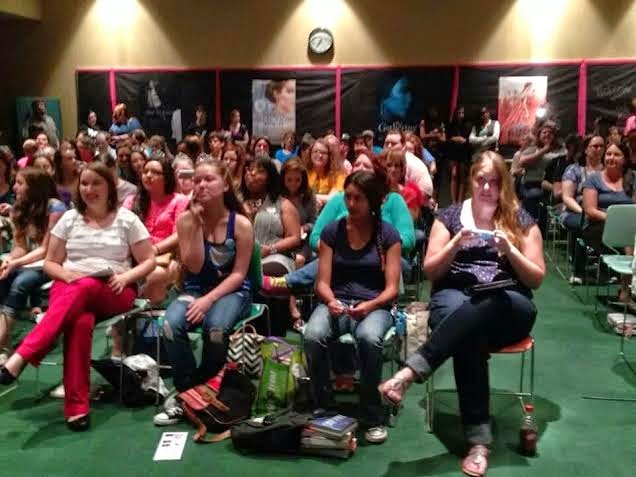 I'm always horrible at recapping the event because I can never remember the question or answers.

However, I do remember one question and the answer Kimberly Derting gave..it was somewhere along the line of "What would people be surprised to find in your search on your computer?" and her answer was things about serial killers and murders. She was researching stuff for her body finder series, and if you've read those books you know there are chapters that have the killers thoughts. Then another one was about the dentist scene I believe in her book the taking (I haven't read it yet so I'm not quite sure.) She said she got that idea from taking her daughter to the dentist, and then she started talking to the dentist.

I really should remember more stuff or at least write things down, but all in all it was a really fun event, and a whole lot of people were there.
I know that there were a few bloggers who came, but seeing as how I'm kind of quiet and don't mingle much I didn't say anything to them, but I did catch the name of their site which was The Girls in plaid skirts.

Anyways, I was sitting at the back almost so it took a bit for me to get up and get my books signed but eventually I did. The only one I didn't get signed was Sea of Shadows by Kelley Armstrong (I did buy it though along with The Elite because I had to have a book signed by Kiera Cass and I have The Selection on my kindle.) I've only ever read books from Kimberly Derting (The Body Finder Books) I guess need to get on and read The Selection Series which might be soon because I'm on a bit of a dystopian kick still.


I was able to get a picture with two of the authors Kiera Cass and Kimberly Derting so I was pretty thrilled with that.

I would say all in all it was a fun event!