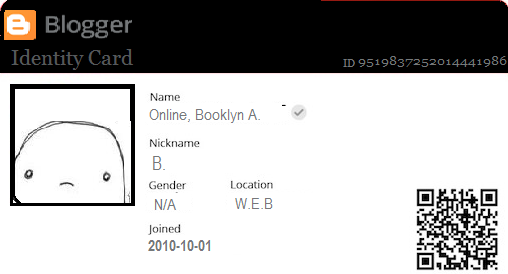 Hi everyone! My name is Booklyn and I'm Bookaholics Anonymous Online's new Mascot. You've probably seen me hanging around up top there promoting my unhealthy obsession with books. It's okay though because I've admitted it. The first step to any problem is admitting it right? That's about as far as I'll go. You will be seeing me pop up from time to time on different posts, or maybe even on other social media networks like twitter, tumblr and instagram. 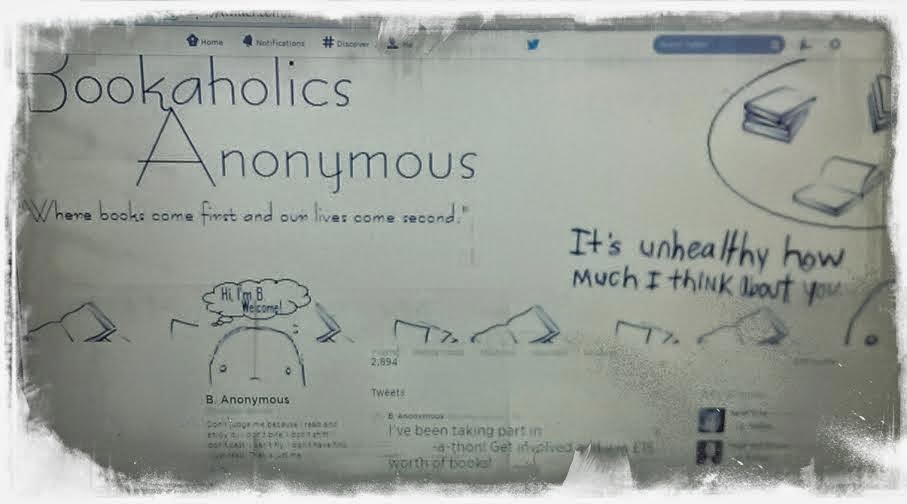 Here's what ya'll as followers see. 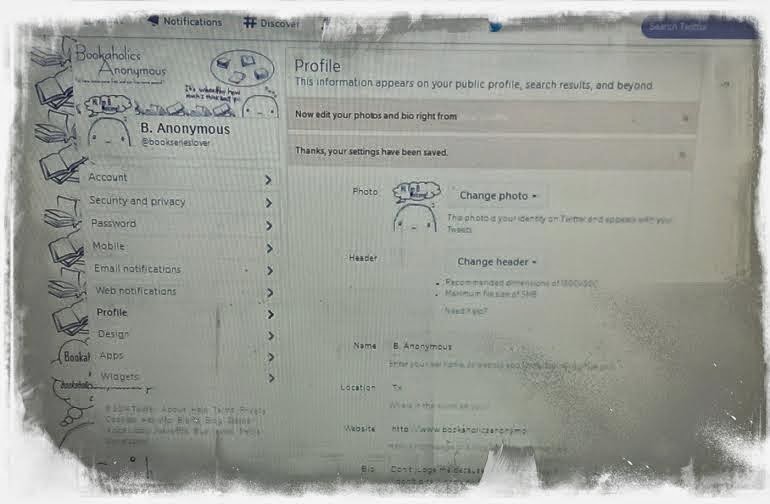 Come back for more.

Email ThisBlogThis!Share to TwitterShare to FacebookShare to Pinterest
Labels: mascot, meet b

The challenge consists of you recommending four different books from four different genres, but you can only use 140 characters in which to do so. You can't use plot points, character names, spoilers, snippets of the synopsis and must be in your own words.

Well here goes nothing! I'm pretty sure these are all somewhat different genres, and I would love it if you could go to the ones that have reviews and leave a comment. :)

Recommendation #1
If I stay by Gayle Forman (Review here)


If you like sad but heartwarming tales of hope and survival and the choice between living and dying then If I stay is for you.
— Ashley O (@bookserieslover) July 24, 2014


Fans of Supernatural will love this story of family legacies being passed down to children and two brothers like sam and dean!
— Ashley O (@bookserieslover) July 25, 2014


Tahereh Mafi has a beautiful way with words, and the uniqueness with which shatter me was written is breathtaking
— Ashley O (@bookserieslover) July 25, 2014

Recommendation #4
The Deep End of the Ocean by Jacquelyn Mitchard


a heartbreaking tale of struggle to put back together pieces of a broken family after hope comes in form of it's newest member
— Ashley O (@bookserieslover) July 25, 2014

What are some of your recommendations? Have you read any of these? If so did you enjoy them?Were my recs somewhat true? 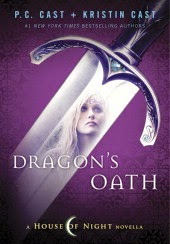 Ending
The ending was a bit sad, but it shaped Dragon into the person he is now.
Posted by Ashley @ Bookaholics Anonymous at 11:07 AM 4 comments

Waiting on Wed: Mary the summoning by Hillary Monahan 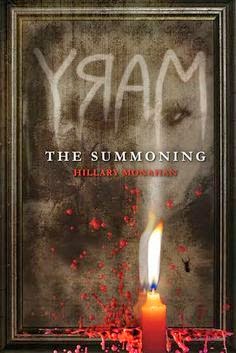 Hardcover, 256 pages
Expected publication: September 2nd 2014 by Disney-Hyperion
Jess had done the research. Success requires precision: a dark room, a mirror, a candle, salt, and four teenage girls. Each of them--Jess, Shauna, Kitty, and Anna--must link hands, follow the rules . . . and never let go.
A thrilling fear spins around the room the first time Jess calls her name: "Bloody Mary. Bloody Mary. BLOODY MARY." A ripple of terror follows when a shadowy silhouette emerges through the fog, a specter trapped behind the mirror.
Once is not enough, though--at least not for Jess. Mary is called again. And again. But when their summoning circle is broken, Bloody Mary slips through the glass with a taste for revenge on her lips. As the girls struggle to escape Mary's wrath, loyalties are questioned, friendships are torn apart, and lives are forever altered.
A haunting trail of clues leads Shauna on a desperate search to uncover the legacy of Mary Worth. What she finds will change everything, but will it be enough to stop Mary--and Jess--before it's too late?

Why I chose this:
Ii was browsing through goodreads earlier, and happened upon a few books that looked really good. This was the first one that caught my eye. It looks spooky, and I'm always interested in bloody Mary tellings. It reminds me of the supernatural episode with it. I'm always for a good scare!

Posted by Ashley @ Bookaholics Anonymous at 12:03 AM 11 comments 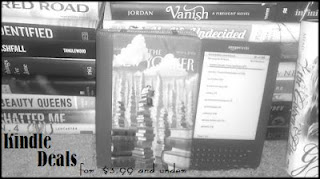 I always see blogs that have a page that show deals for the kindle, and I occasionally find one or two books on there that I would want. I'm more of a YA girl, and seeing as how most my followers are (I'm assuming here) I decided to make a list of the YA books I found that are $3.99 and less for the kindle. There are plenty more Ya books that are on amazon, but these caught my attention because either I have them, I've read them, or I'm dying to read them. :) Just click on the title and it takes you to their amazon page in a new window.
I'm not sure how long these deals will be here so get them while they're available.
(Note: Prices are as shown from the date this was posted. Please be sure to check before hitting buy.)