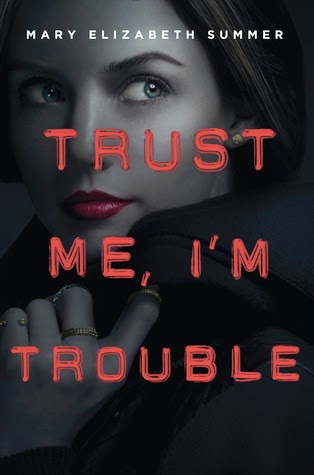 Murders, heists, secrets and lies, hit men and hidden identities . . . If Julep doesn’t watch her back, it’s her funeral. No lie.
Why I'm waiting on this?
I read Trust Me, I'm lying back in October and I enjoyed it (except the romance thrown in) but they mystery and following Julep along was fun so I'm curious to see what kind of trouble and mayhem she can get into this time.

(Why you're on the page check out the review for the first book and leave a comment.)

Posted by Ashley @ Bookaholics Anonymous at 11:52 AM