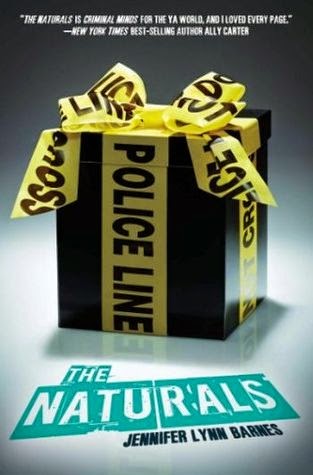 
OUTLINE:
Seventeen-year-old Cassie is a natural at reading people. Piecing together the tiniest details, she can tell you who you are and what you want. But it’s not a skill that she’s ever taken seriously. That is, until the FBI come knocking: they’ve begun a classified program that uses exceptional teenagers to crack infamous cold cases, and they need Cassie.

What Cassie doesn’t realize is that there’s more at risk than a few unsolved homicides—especially when she’s sent to live with a group of teens whose gifts are as unusual as her own. Sarcastic, privileged Michael has a knack for reading emotions, which he uses to get inside Cassie’s head—and under her skin. Brooding Dean shares Cassie’s gift for profiling, but keeps her at arm’s length.
Soon, it becomes clear that no one in the Naturals program is what they seem. And when a new killer strikes, danger looms closer than Cassie could ever have imagined. Caught in a lethal game of cat and mouse with a killer, the Naturals are going to have to use all of their gifts just to survive.

MY THOUGHTS
Criminal Minds in book format with teenagers. That is all! No, but seriously if you like Criminal Minds, or any shows like it you might enjoy this read.  I have to admit that so far Ms. Barnes can do no wrong by me. I have enjoyed every one of her books I've read.

The Naturals is a book that brings together so many of my favorite things in one story. You got mystery/thriller, special abilities, hot guys, a little bit of girl drama.  I love that this story is not like other YAs. It has it's own feel.

If you read above you noticed that I mentioned it has some of my favorite things. Let's talk about those one by one.
I really enjoyed all the characters even though up until the end they were all a little bit of a suspect in my book.
The ending was not what I was expecting.

Posted by Ashley @ Bookaholics Anonymous at 11:21 AM