It's time for another cover reveal. Todays is Balance Keepers 2: The Pillars of Ponderay 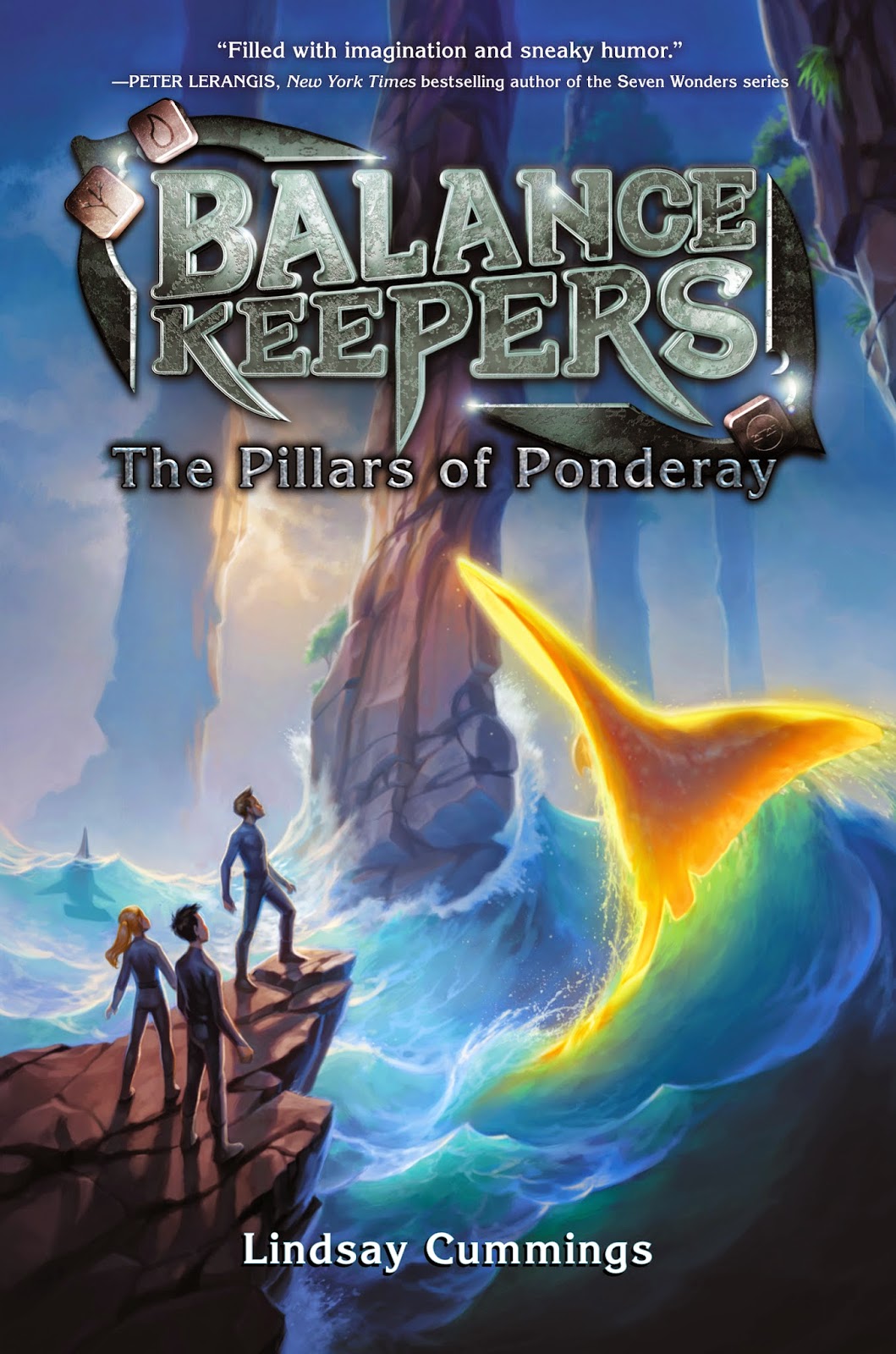 Outline:
Albert Flynn is psyched to return to the Core, the magical world at the center of the earth where Balance Keepers fix problems in three underground Realms. Last term, Albert and his Balance Keeper teammates Birdie and Leroy saved New York by fixing the Calderon Realm and were crowned First Unit, aka the Coolest Kids in the Core.
Now Albert and his teammates have been called to the Core for an emergency training session…along with their archenemy, Hoyt. There’s a horrible Imbalance in the Ponderay Realm and they have only seven days before California will be swallowed by hurricanes, earthquakes, and tsunamis. Worse yet, it’s rumored there’s a traitor among them who is causing all this chaos.
Will Albert, Leroy, and Birdie discover who’s been putting the Core—and the world above—in danger? Can they save Ponderay before California becomes an underwater wasteland forever?
This second book in Lindsay Cummings’s epic fantasy adventure series is packed with fantastical creatures, perilous journeys, and the magic of choosing to do what’s right.
Perfect for fans of Percy Jackson or Lisa McMann’s the Unwanteds series.
Preorder here:
Balance Keepers, Book 2: The Pillars of Ponderay