Blog Tour: Meet the Characters of Conspiracy of Blood and Smoke by Anne Blankman 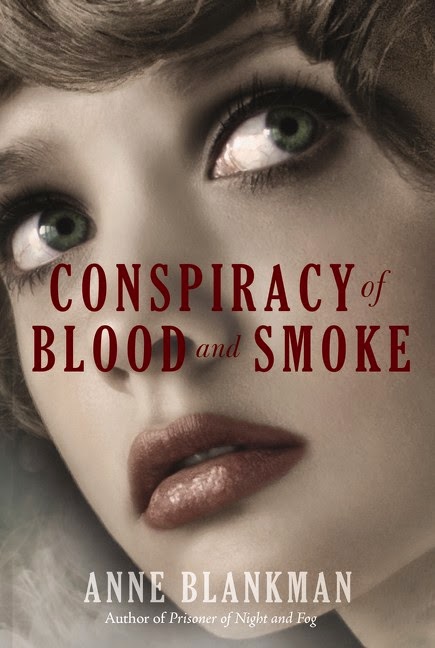 Conspiracy of Blood and Smoke (Prisoner of Night and Fog #2)
by Anne Blankman
416 pages
Publisher: Balzer + Bray
Release Date: April 21st 2015
Synopsis:
The girl known as Gretchen Whitestone has a secret: She used to be part of Adolf Hitler’s inner circle. More than a year after she made an enemy of her old family friend and fled Munich, she lives with a kindly English family, posing as an ordinary German immigrant, and is preparing to graduate from high school. Her love, Daniel Cohen, is a reporter in town. For the first time in her life, Gretchen is content.

But then, Daniel gets a telegram that sends him back to Germany, and Gretchen’s world turns upside-down. And when she receives word that Daniel is wanted for murder, she has to face the danger she thought she’d escaped-and return to her homeland.

Gretchen must do everything she can to avoid capture and recognition, even though saving Daniel will mean consorting with her former friends, the Nazi elite. And as they work to clear Daniel’s name, Gretchen and Daniel discover a deadly conspiracy stretching from the slums of Berlin to the Reichstag itself. Can they dig up the explosive truth and get out in time-or will Hitler discover them first?

CHLOE GRACE MORETZ AS GRETCHEN MUELLER
Gretchen Müller, aka Gretchen Whitestone: An eighteen-year-old student living with a kindly English family in Oxford, England and concealing a devastating secret—she used to consider the newly appointed Chancellor of Germany, Adolf Hitler, a close family friend. Now she fears him more than anyone else on earth. But when her boyfriend has to return to Germany and then vanishes without a trace, she knows she has to go after him…no matter what it costs her. 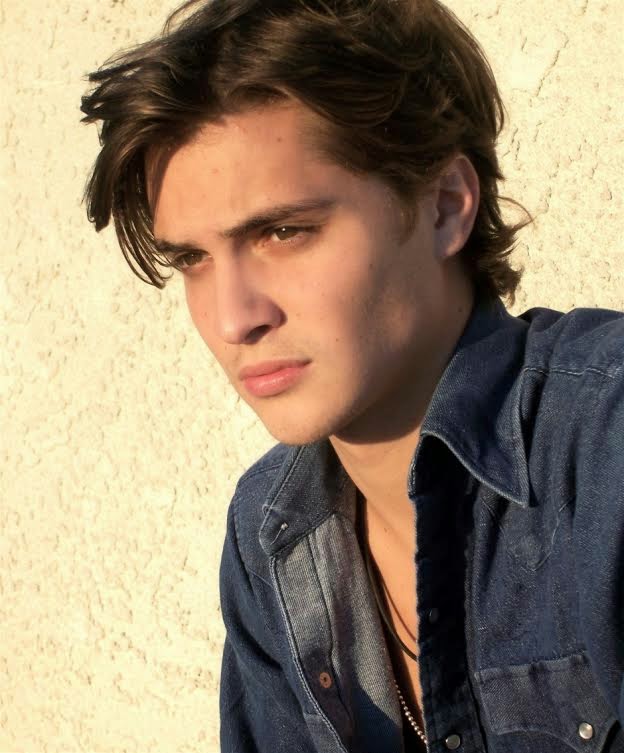 LUKE DANIELS AS DANIEL COHEN
Daniel Cohen: A nineteen-year-old reporter who escaped from Munich and Hitler’s thugs with Gretchen more than a year ago. When he receives word of a family tragedy in his homeland, he goes back immediately. What he doesn’t realize is that his relationship with Gretchen has put him directly in the Nazi Party’s crosshairs. 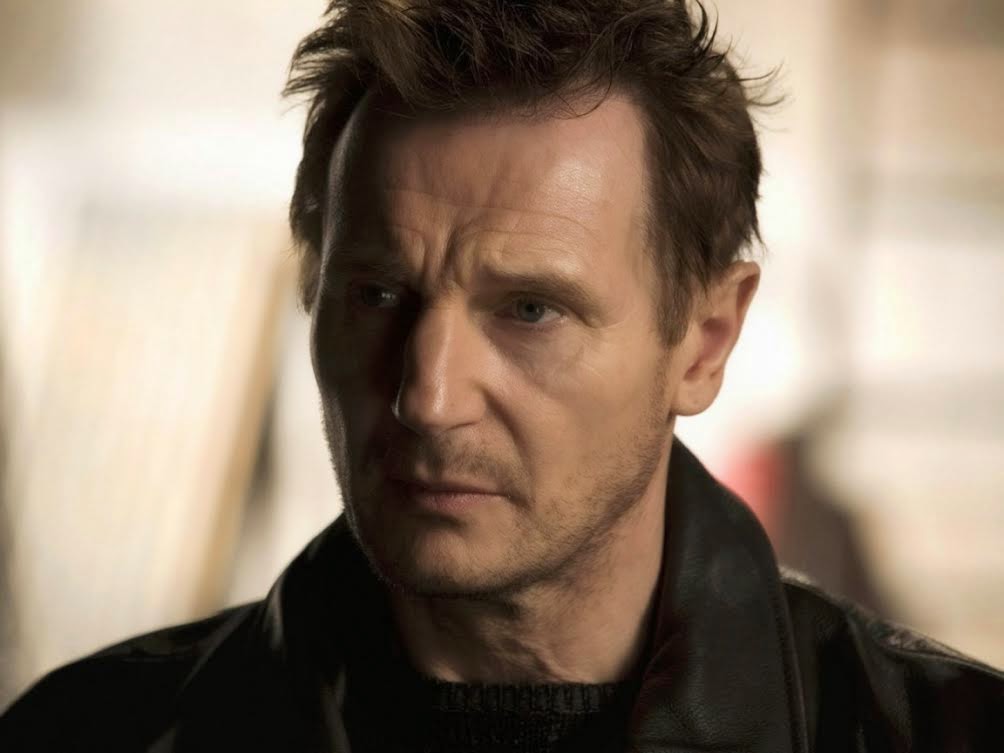 LIAM NEESON AS FREDRICH WALTER
“Iron Fist” Friedrich Walter: the head of a Ringverein, the gangs in Berlin’s organized criminal underworld. For over a decade, Berlin Rings and the Nazis have been bitter enemies.
Could Iron Fist be an unlikely ally for Gretchen and Daniel when they find themselves trapped in Berlin?

Eva Braun: Gretchen’s childhood best friend who works in Hitler’s favorite photographer’s camera shop. She concealed her budding relationship with Hitler from Gretchen once before. Now, when Gretchen finds herself stranded in Munich with no one to turn to, can she trust her old friend?

Ernst Gennat: the Detective Chief Superintendent of the Metropolitan Berlin Police Force’s Homicide Division, and probably the most famous detective in the country. A revolutionary in the field of forensic science, Gennat has already solved over two hundred killings. When he learns that Daniel is wanted for murder, will this determined policeman hunt him down—or can Daniel and Gretchen prove his innocence first?

Birgit: a teenage prostitute in Iron Fist’s Ring, she just might possess information that could point Gretchen and Daniel in the direction of the real killer.


Bonus historical fact: The “conspiracy” in the book’s title refers to a real-life historical conspiracy!

"We must get out of here immediately," Daniel interrupted, seizing Gretchen's hand. He pulled her out of the office. Somewhere she heard the creaking sound again, but close enough this time that she recognized it--a floorboard whining under someone's weight.

They raced into the parlor just as the unmistakable pop and fizzle of gas lights flaring into life sounded from the front hall. As a yellow glow flickered and grew, a black shape dashed through the entryway straight toward them.

Gretchen stumbled backward, her heart surging into her hart. Nearby, she heard Daniel cursing and wrenching the pick free from the lock.

The shape flew at them, sharpening into the bone-thin, black-dressed figure of Frau Fleischer. She carried an ancient-looking shotgun. Gretchen let out a harsh cry as the landlady swung the weapon up and jammed it against her forehead.

"Don't move," Frau Fleischer snapped. "The men will deal with you as soon as they arrive. Now if you so much as breathe, I'll blast your head off."

Then he kissed her. His lips on hers were as light as a breath. And she couldn't stop the horrible thought that his touch felt like a farewell.


And I got permission for an official excerpt, too! It starts in the middle of a scene, so bloggers might want to include the following lead-in/explanation instead of just including the excerpt, okay? Here's the lead-in:


After Daniel finds out he's been framed for a murder in Berlin, he and Gretchen journey to the capital to clear his name. Once they find the boarding house where the victim used to live, they decide to snoop around the office of Frau Fleischer, the landlady. But they're about to discover that the victim was mixed up in something far more dangerous than anything they could have imagined...

Follow the Conspiracy of Blood and Smoke Blog Tour and don't miss anything! Click on the banner to see the tour schedule.

Anne Blankman may have been meant to be a writer because her parents named her for Anne of Green Gables. She grew up in an old house with gables (gray, unfortunately) in upstate New York. When she wasn't writing or reading, she was rowing on the crew team, taking ballet lessons, fencing and swimming. She graduated from Union College with degrees in English and history, which comes in handy when she writes historical fiction.

After earning a master's degree in information science, Anne began working as a youth services librarian. Currently, she lives in southeastern Virginia with her family. When she's not writing young adult fiction, she's playing with her daughter, training for races with her husband, working at her amazing library branch, learning to knit (badly), and reading.

Anne Blankman is the author of PRISONER OF NIGHT AND FOG, the first in a three-book deal slated for publication in spring 2014 from Balzer + Bray | HarperCollins. She is represented by Tracey Adams of Adams Literary. 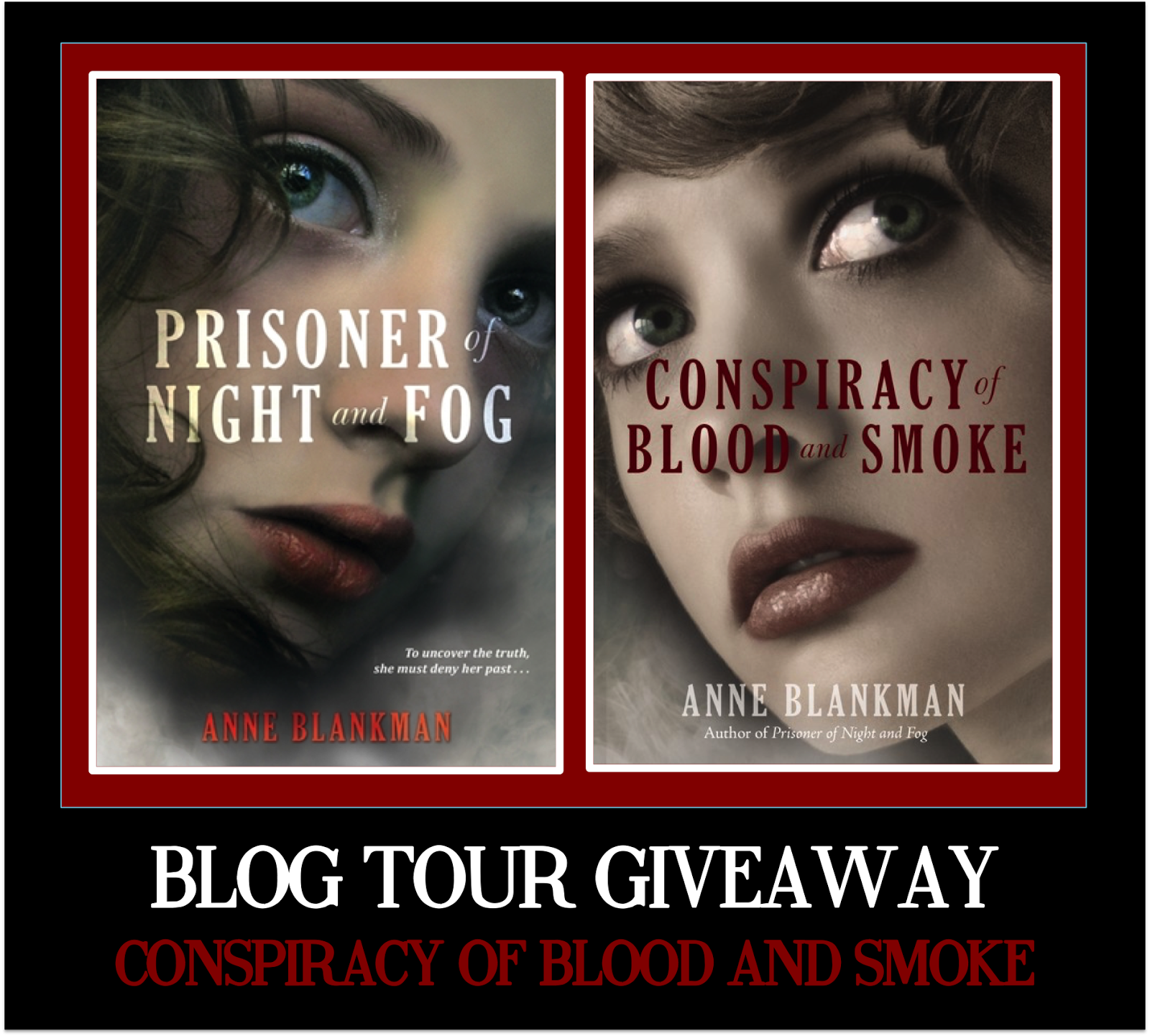