It's time for another cover reveal. Todays is The Foxglove Killings by Tara Kelly 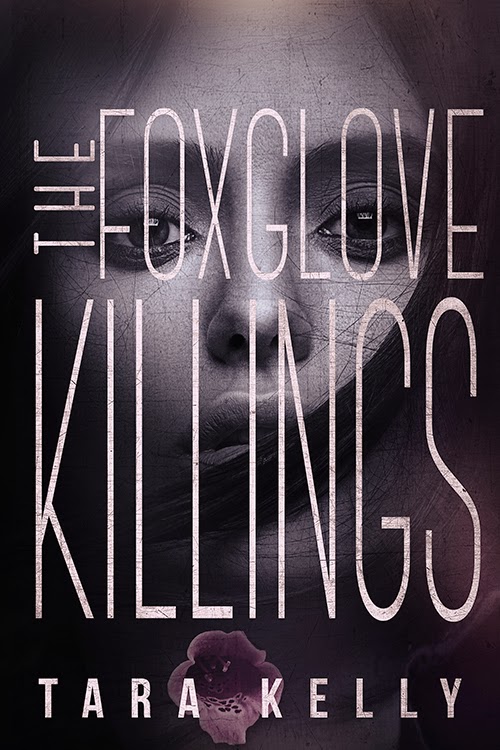 Summary from Goodreads:
Gramps always said that when the crickets were quiet, something bad was coming. And the crickets have been as silent as the dead. It started with the murdered deer in the playground with the unmistakable purple of a foxglove in its mouth. But in the dying boondock town of Emerald Cove, life goes on.

I work at Gramps's diner, and the cakes―the entitled rich kids who vacation here―make our lives hell. My best friend, Alex Pace, is the one person who gets me. Only Alex has changed. He's almost like a stranger now. I can't figure it out...or why I'm having distinctly more-than-friend feelings for him. Ones I shouldn't be having.

Then one of the cakes disappears.

When she turns up murdered, a foxglove in her mouth, a rumor goes around that Alex was the last person seen with her—and everyone but me believes it. Well, everyone except my worst enemy, Jenika Shaw. When Alex goes missing, it's up to us to prove his innocence and uncover the true killer. But the truth will shatter everything I've ever known about myself—and Alex.

About the Author
Tara Kelly adores variety in her life. She’s an author, one-girl-band, graphic designer, editor, and photographer. She lives in Sin City with her beloved guitars, sound design master husband, and a fluffy cat named Maestro.

Posted by Ashley @ Bookaholics Anonymous at 11:14 AM