Waiting on Wed: The Edge of Forever by Melissa E. Hurst 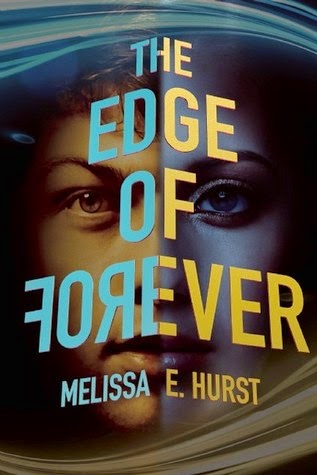 Author: Melissa E. hurst
Expected publication: June 2nd 2015 by Sky Pony Press
In 2013: Sixteen-year-old Alora is having blackouts. Each time she wakes up in a different place with no idea of how she got there. The one thing she is certain of? Someone is following her.

In 2146: Seventeen-year-old Bridger is one of a small number of people born with the ability to travel to the past. While on a routine school time trip, he sees the last person he expected—his dead father. The strangest part is that, according to the Department of Temporal Affairs, his father was never assigned to be in that time. Bridger’s even more stunned when he learns that his by-the-book father was there to break the most important rule of time travel—to prevent someone’s murder.

And that someone is named Alora.

Determined to discover why his father wanted to help a “ghost,” Bridger illegally shifts to 2013 and, along with Alora, races to solve the mystery surrounding her past and her connection to his father before the DTA finds him. If he can stop Alora’s death without altering the timeline, maybe he can save his father too.
Why I'm waiting on this?
Time Traveling just sounds interesting, and in a way I'm trying (trying being the keyword) to write a story that would take place in the past, present and future.