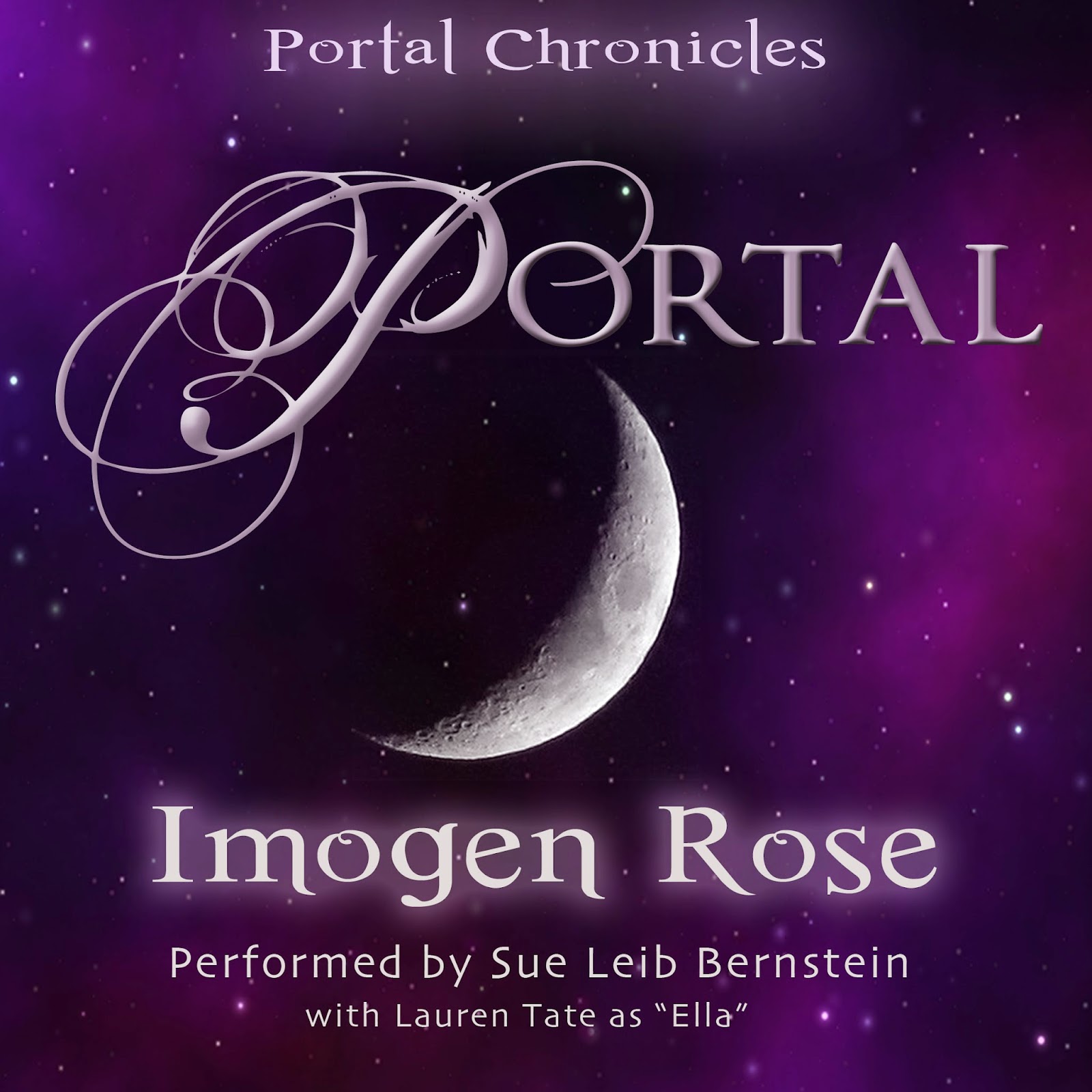 Portal (Portal Chronicles #1) by Imogen Rose
Release Date: 01/23/10
Narrated by: Sue Leib Bernstein, Lauren Tate
Length: 9 hrs and 38 mins
Summary from Goodreads:
Come Find Me Two Years Ago... Six words that propel ice-hockey-playing tomboy, Arizona, into an alternate dimension. She suddenly finds herself living the life of a glamorous cheerleader. She finds herself transported from her happy life with her dad to living with the mother she hates. Everyone knows her as Arizona Darley, but she isn't. She is Arizona Stevens. As she struggles to find answers she is certain of two things -- that her mother is somehow responsible, and that she wants to go back home to her real life. That's until she meets Kellan...

About the Author Imogen Rose is the author of the bestselling series, Portal Chronicles, which has attained cult status within indie literature and become a favorite among teens and adults alike. An immunologist by profession, Dr. Rose published her first work of fiction in 2010. She now writes full time and is currently working on her second teen series, the Bonfire Chronicles. Imogen was born in Sweden and has lived in several places, counting London among her favorites. She moved to New Jersey in 2001. A self-confessed Hermès addict, Imogen freely admits to being obsessed with Kurt Cobain. She enjoys shopping, traveling, watching movies, and hanging out with her family, friends, and Chihuahua.
Author Links: Website│Goodreads│Twitter│Facebook