Waiting on Wed: Lock and Mori by Heather W. Petty 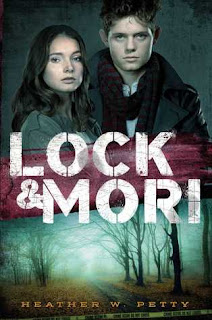 In modern-day London, two brilliant high school students, one Sherlock Holmes and a Miss James "Mori" Moriarty, meet. A murder will bring them together. The truth very well might drive them apart.Before they were mortal enemies, they were much more.FACT: Someone has been murdered in London's Regent's Park. The police have no leads.FACT: Miss James "Mori"Moriarty and Sherlock "Lock" Holmes should be hitting the books on a school night. Instead, they are out crashing a crime scene.FACT: Lock has challenged Mori to solve the case before he does. Challenge accepted.FACT: Despite agreeing to Lock's one rule--they must share every clue with each other--Mori is keeping secrets.OBSERVATION: Sometimes you can't trust the people closest to you with matters of the heart. And after this case, Mori may never trust Lock again.

Why I'm waiting on this?
Holmes and Moriarty? What more?