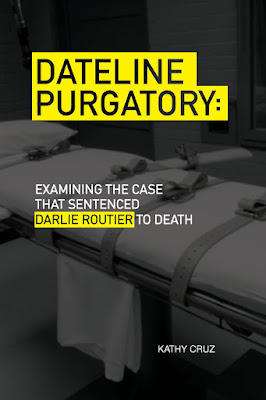 In the wake of more than 1,500 exonerations across the country (150 of which were for inmates on death row) and growing demands for reforms within the justice system, award-winning journalist Kathy Cruz uses a new lens to examine the controversial Darlie Routier case - and what may be a true Texas mystery.

In Dateline: Purgatory, Cruz enlists current day legal experts to weigh in on the shocking transgressions that resulted in one of the country's most troubling death penalty convictions. With the help of the infamous death row inmate and a former FBI Special Agent known as "Crimefighter," the veteran journalist would find that her journey through Purgatory was as much about herself as it was about the woman dubbed "Dallas' Susan Smith."

Under a starry sky on the snowy slopes of Purgatory, Colo., Darlie Lynn Peck linked her destiny with that of an ambitious young man from Lubbock, Texas named Darin Routier. Ten years later, a horrific crime known as "6-6-6" would thrust the couple into the national spotlight.

The brutal murders of young Devon and Damon Routier in the early morning hours of June 6, 1996, would put their mother - Darlie Routier - at the heart of one of the most notorious murder cases in modern Texas history - despite her own throat having been slashed to within 2 millimeters of her carotid artery.

The actions of a small town police department and Dallas County's justice system created a perfect storm that swept up the young mother and landed her on death row. There she has remained, in a 9-feet-by-6-feet cell, despite claims of her innocence by those who know her, findings about the alarming fallibility of bloodstain analysis - and her husband's admission that at the time of the murders he was soliciting help to stage a home burglary to commit insurance fraud.

What people are saying about Dateline: Purgatory

“Everybody knows the Texas criminal justice system doesn’t work, but few know why and how. Kathy Cruz does, and Dateline: Purgatory proves it. This richly detailed and well-narrated book affords a view of the Texas system rarely seen by the outside world. It shows how ambitious prosecutors, compliant judges, and naïve jurors can make for a lethal combination. It also shows the terrible human cost involved when justice becomes what it is in Texas: a team sport in a rigged game. Anyone who wants to understand the true nature of Texas injustice should read this book. Ms. Cruz has done the world a favor by writing it.” – Jeff Blackburn, founder and chief counsel, Innocence Project of Texas

“I thought I knew all that there was to know about Darlie Routier – the woman at the center of the most talked about murder case in modern Texas history. Then I started reading Dateline: Purgatory. Kathy Cruz's book is not only a masterful piece of investigative reporting, it's a beautifully written narrative, filled with characters that seem to come straight out of fiction. Almost twenty years after Darlie's two sons were murdered, the twists and turns in this saga still remain utterly riveting. I promise you that after reading Dateline: Purgatory, you will not be able to stop wondering what really happened to Darlie and her family.” -- Skip Hollandsworth, executive editor, Texas Monthly

“With relentless research that rivals her provocative writing, veteran journalist Kathy Cruz makes a powerful argument for reopening the case of the Texas homemaker at the heart of one of the nation's most unsettling death penalty convictions. The reasons why we all should be suspicious of how this conviction was won, along with details of how Cruz's destiny crossed with that of Darlie Routier, make for a riveting read.” -- Mike Cochran, author, Texas vs. Davis: The Only Complete Account of the Bizarre Thomas Cullen Davis Murder Case

“Dateline: Purgatory will make you feel. Then, it will make you think. And hopefully, after that, you will want to act. I did, because once an execution is carried out, there's no correcting it.”-- Michael Morton, author, Getting Life: An Innocent Man's 25-Year Journey from Prison to Peace

Kathy Cruz is a former reporter for The Dallas Morning News, now working as a staff writer at the Hood County News in Granbury, 35 miles southwest of Fort Worth. She has won numerous Journalist of the Year honors from Texas press associations, as well as many other awards from regional, state and national press associations. She is the co-author of You Might Want to Carry a Gun: Community Newspapers Expose Big Problems in Small Towns. Cruz is the recipient of five awards for excellence in legal reporting, including a Texas Gavel Award and four Stephen Philbin Awards from the Dallas Bar Association – two of which were grand prizes. 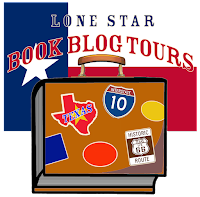