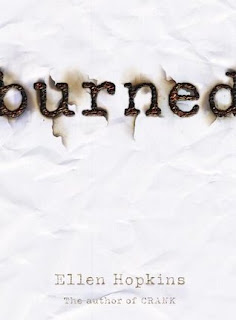 OUTLINE:
I do know things really began to spin out of control after my first sex dream.

It all started with a dream. Nothing exceptional, just a typical fantasy about a boy, the kind of dream that most teen girls experience. But Pattyn Von Stratten is not like most teen girls. Raised in a religious—yet abusive—family, a simple dream may not be exactly a sin, but it could be the first step toward hell and eternal damnation.

This dream is a first step for Pattyn. But is it to hell or to a better life? For the first time Pattyn starts asking questions. Questions seemingly without answers—about God, a woman's role, sex, love—mostly love. What is it? Where is it? Will she ever experience it? Is she deserving of it?

It's with a real boy that Pattyn gets into real trouble. After Pattyn's father catches her in a compromising position, events spiral out of control until Pattyn ends up suspended from school and sent to live with an aunt she doesn't know.

Pattyn is supposed to find salvation and redemption during her exile to the wilds of rural Nevada. Yet what she finds instead is love and acceptance. And for the first time she feels worthy of both—until she realizes her old demons will not let her go. Pattyn begins down a path that will lead her to a hell—a hell that may not be the one she learned about in sacrament meetings, but it is hell all the same.

In this riveting and masterful novel told in verse, Ellen Hopkins takes readers on an emotional roller-coaster ride. From the highs of true love to the lows of abuse, Pattyn's story will have readers engrossed until the very last word.

My Journey through Goodreads
Fun pictures 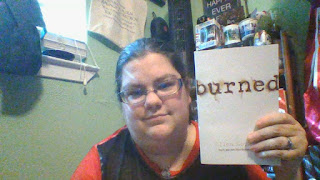