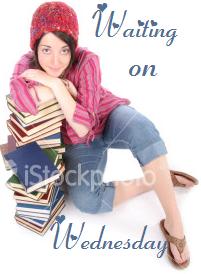 Sorry, I haven't been chatty the past day or two. I figured I would do another WoW this week. (I'm half way through two books so the reviews will come shortly) Which is hosted by Breaking the Spine. This week I chose Wildefire by Karsten Knight. 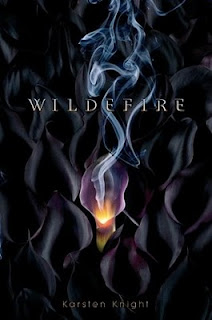 Ashline Wilde never received an instruction manual on how to be a 16-year-old Polynesian volcano goddess. If she had, it might have contained helpful warnings such as:

Instead, Ash has to learn these life lessons the hard way as her dormant powers erupt at the most awkward times. In the wake of a hometown tragedy, Ash transfers to Blackwood Academy, a boarding school nestled in California’s redwoods, where a group of fellow gods-on-earth have mysteriously convened. As if sophomore year couldn’t get any worse, her storm goddess older sister, the wild and unpredictable Eve, resurfaces to haunt Ashline. With a war between the gods looming over Blackwood, Ash must master the fire smoldering within her before she clashes with her sister one final time, which leads us to life-lesson #3:

• When warm and cold fronts collide, there’s guaranteed to be a storm.

I chose this because it sounds awesome, and the excerpt I read on Simon and Schuster was awesome. It was funny, and I adored the MC Ash (and not just because we share the same nickname) she seems like the type who won't take shit from anyone. You have to admire that in a character. The give 'em hell attitude. :) The other characters seem just as good, her older sister, Eve (who seems like a complete mess of problems) will definitely make the story interesting. It did have a few laugh out loud parts. Honestly, I kind of wanted to hit Lizzie and Rich too. If that doesn't sell you then what about the whole god and goddesses thing it's always fun to see others interpretations. :)

Can't wait!
Ashley
Posted by Ashley @ Bookaholics Anonymous at 12:30 AM