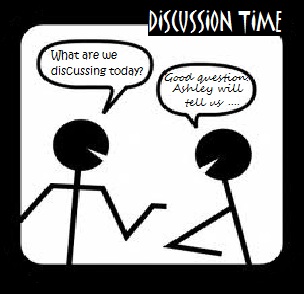 BOOKS TO MOVIES
I realize in the video I say I'm lazy about typing stuff out (which is true to a point my eyes just start hurting after awhile and videos are sometimes easier to do.) In the video I talk about some movies that are reportedly being made into films, and then which books and series I think would be interesting movies/tv series. Enough about that on to why you're reading this.

I've been thinking about this for sometime. I know sounds like I have nothing better to do with my time huh?  I think this particular subject has been on my mind because of all the latest news of The Hunger Games and  The Mortal Instruments being made into movies.

The Hunger Game Thoughts-
I actually read somehwere that The Hunger Games would be out March of 2012. While I'm not 100% in love with the book (it could be because I have to read Catching Fire and Mockingjay still) I think the basis around the story and characters is one that would make for an interesting movie. I mean who wouldn't love the action, futuristic world, the characters. I think this movie would probably reach more of the male audience as well as females because of the action unlike Twilight which was more of a love story. I know I know I'm comparing. I'm just saying though. So how well do you think they can make this series into a movie? What would be some hard things to do for it like say for instance bring the actual hunger games to life?
The IMDb for Hunger Games

The Mortal Instruments-
I'm almost as jazzed about this one being made into a film as my vampire academy series (which is still in the works :( ) just because I'm now reading the books I'm almost through with book two. I think this would be an awesome movie. You have all the paranormal creatures, action between good and evil, make-believe lands, real cities just everything that can make a good movie. The hot guys don't hurt it either. ;) What do you think about it becoming a movie? So far it says it's for a 2012 release as well, but as of right now it looks like they just have Clary cast.
The IMDb for The Mortal Instruments


As readers and fairly obsessed book lovers what are your thoughts on the movie industry making our beloved books into films, and maybe portraying them differently then what we would like or how we see them in our minds? I've thought about this some too and quite frankly I think it could go either way. I mean being able to see our books (not ours actually but what we read) come to life is always an awesome thing seeing it played out visually and not just mentally in our heads. Does that even make sense? On the other hand sometimes it's best if the book is left just the way it was intended to be and that is read and left to the readers imagination. Not messed with and picked apart to where important parts of it are just gone. I kind of think that maybe Hollywood is running out of ideas for movies so they are turnng to authors and their books for ideas. I mean look how well the Twilight series and Harry Potter books did as movies. Those producers and movie people see that and think this could work perhaps. I know it's not that simple to turn a book into a movie, but you get where I'm going with this right? I know there are other books turned movies, but these were major book series. That did really well turned or so I'm guessing. :) Twilight is kind of iffy, but still I would watch them all over again (and I have all though I skip to the parts I like).

Well now that I've rambled on about this for quite sometime via video and typing.

Here's someones list of possible books turned movie according to the IMDb site
YA books to movies
A few of them are actually books I would love to see as movies. As I said in the video

Ashley
Next Discussion: Book Covers and the trends we see in them.
Do you have an idea for a discussion here let me know and I might just use it one day in the future.
Posted by Ashley @ Bookaholics Anonymous at 12:42 AM