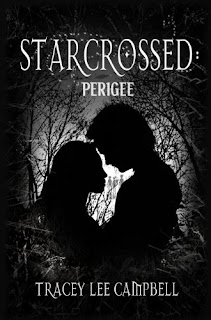 OUTLINE: Aric Brennan is a whisperer - a perfectly engineered human/alien hybrid, designed specifically to charm and seduce. When Lucy is stalked by his unearthly creators, she has no choice but to trust him to help her navigate a way through a horrifying reality - a reality filled with creatures which should really only exist in nightmares.

THOUGHTS:
Overview:
It's about Lucy, a girl who wakes up in her uncles barn from a very bizarre dream. When she goes into town with her Uncle she meets someone who her uncle later on hires as help. She soon falls for the guy not knowing anything about him. As time goes on she learns that her Uncle meeting him was no coincidence. Aric was there to watch over Lucy and keep her safe from those that haunted her dreams (and apparently real life), the Innaki. Now not only did Lucy have aliens after her she also had an agency of people after her. In order to keep her safe (and her family) Aric and her set off on a journey. Where to? I'll let you read to find out. :) During the journey Lucy learned more about Aric and who he really was, a whisperer, alien/human hybrid made to help the Innaki to subdue humans because after all humans and the earth are just an expierment. Lucy learned why her mother had tried to hurt her at a young age thus sending herself (lucys mom) to an asylum, and leaving lucy to be moved...put in home after home with different family members. Lucy met others along the way that were also part of Aric's world. She learned that being what they were they had special powers/abilities that she too could learn. Now on the run...will they get to where they're going or be stopped dead in their tracks?

Characters:
I know I sound kind of reptitive but the characters were really well thought out. Each one of them had something that captured me. Making me want to know more about them. I enjoyed learning about Lucy's past. Why it is her mother hurt her. Why is it the Innaki wanted her (even though not much of their reasoning was given away) I'm sure we'll find out. I was able to see her grow and accept that things might not be the same for her again. Aric, I tell you what from the moment Lucy saw him in the diner I knew I would like him. I knew I wanted him and lucy together, but was it possible? He had all those qualities that make male characters swoon-worthy. Oh yes I said swoon-worthy! He was protective. (Not Edward protective either. I totally just used a Twilight reference I know. If you don't know what I mean by that. All hope is lost then. Just kidding) Yes, he lied to her, and he felt bad. He was trying to protect her from those meaning to harm her. Getting to meet some of the others that were kind of like Aric was nice to..like Saul (ok I suck at this I usually write down the characters and everything to refer back to but since I usually read it at work or in the car or places other then home I didn't have my notebook and stuff I usually write things down in. Im sorry.) We didn't get to see to much of the Innaki or learn much about them, but all the same it was nice to get a glimpse of what they were like. I'm curious to see if we'll learn more about them and the other creatures. Also I hope we get to learn about the agency that was after Lucy as well..they reminded me of men in black only they were a little meaner.


Plot:
I enjoyed the story very much. Like I said I'm not much of an alien fan, but this had my attention. I still want to know why the aliens and men in suits were wanting Lucy. I felt like I was on some supernatural roadtrip with Lucy and Aric. Going from her family home to some friends of Arics to a secret lab back to more friends houses all while avoiding the bad guys by stealing cars, sheilding themselves. It sounds like it was all over the place but that's just my messy way of writing it out. It is much more enjoyable then how I make sound. So do yourself a favor and read it. :)


Overall:
In the ages or I guess you could say "time" of vampires, werewolves, and fairies it's nice to be able to read about something a little different. Yes, it's supernatural. It has "people" with special abilities, but it's so much more then that. I don't know about you, but I don't see many alien books. (or maybe it's just because I'm not totally into them) I have to say though that this book may have changed my mind. I adored every bit of it. I'm very patiently waiting for the other. :) Oh, and I will definitely end up buying the actual book when it comes out. Just so I can have a pretty copy on my shelf. SO if you're into aliens, and other worldly beings, want a little bit of a romance, and some supernatural action I say you should get a copy and read it. :)

-Dreams are so peculiar--the strangest things can happen in them, but in the midst of it all, when the world around you is totally upside down and inside out, the mind still thinks everything is normal. It's only when you wake that common sense kicks in and you realized what you dreamed was total nonsense.

-Make women...go all gooey over you. (Lucy)
He chuckled and held out his hand. Only the straight ones. (Aric)

-You rate yourself ten out of ten? Great to see a girl with good self esteem! (Aric)
No, I gave myself six out of ten, in my mind and then you....oh never mind! (Lucy)

-A perfect human with the gift of...charming I suppose is the word. Bewitching? Sort of like how vampires are suppose to glamour their victims. (Aric)
-I do not have a name you can pronounce, but the humans call me MH. (Innaki)
Mh? I wondered what that stands for. (Lucy)
I believe it stands for Melon Head. It is an attempt at what humans refer to as humor. (Innaki)

-So are you like totally human? Anyone overhearing our conversation would have thought it ludicrous. (Lucy)
He grinned and didn't miss a beat.
One hundred percent. (Olaf)