I feel horrible I had completely forgotten about my Ebook giveaway that I was suppose to pick back on July 4th. I didn't have many entries though so I'm going to let it go for ahwile longer. I want a few more entries if possible if not it's cool. So tweet it, link back to it, do anything you can.To those who were entered before this post if I get more entries I might add an extra entry for you. :)
To enter click over to the page and read: Starcrossed: Perigee Giveaway﻿

What could possibly been in here? I honestly had no idea either. :) I was thinking it was going to be some books from someone else, but it turns out that it was two copies of Vegas Dazzle (signed) One which belongs to me because it's signed to me, but the other is fair game (and signed to no one imparticular) 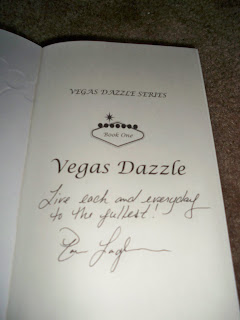 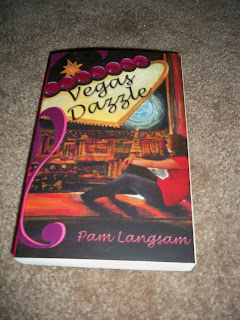 I promise this next giveaway I have which is going to be for...Vegas Dazzle by Pam Langsam. I will not forget about. I have an extra copy that she sent to me and signed too. Exciting right? I also have a few extra books marks and things from when I went to a signing awhile back so I might throw those in there. More details on the Vegas Dazzle Giveaway later. Stay tuned to learn more.
That is all for now!