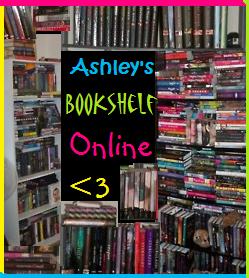 Have you ever wondered what books your favorite blogs actually have on their shelves. Yes, we all see those pictures of the shelves. Which by the way is a guilty pleasure of mine. I ab-so-lute-ly love looking at others shelves. My problem is your can only see so much. (Take my picture above for example. It's a collage of what YA books I have. Can you actually see all those books though? Nope.) This is my way of showing you exactly what books I have, and hopefully give you a little insight on what kind of books I enjoy. My tastes are varied so it's not just YA books (although that's a majority of them)

Remember it's always growing, and I don't update regularly because I would be updating it weekly. I might update every few weeks or once a month.

A Blue so Dark by Holly Schindler
A Child Called It by Dave Pelzer **
Across the Universe by Beth Revis
Adoration of Jenna Fox,The by Mary E. Pearson**
Afterlife (Swag from Enter my mind Blogger)
A Light In The Attic (poem book)by Shel Silverstein
All About Daisy by O'dell Hutchison**
Angels Fall by Nora Roberts
Angel's Flight by Michael Connelly
Artemis Fowl: The time paradox by Eoin Colfer
Ash by Malinda Jo
As You Wish by Jackson Pearce
A Touch Mortal by Leah Clifford *
At Risk by Patricia Cornwell*
Awakened (HoN 8) by P.C and Kristin Cast
Awakening The by Kelley Armstrong (signed)

D
Daddy's Little Girl by Mary Higgins Clark*
Darkest Evening of the Year by Dean Koontz*
Dark Flame (Immortal 4) by Alyson Noel*
Dark of the Moon (Dark Guardian 3) by Rachel Hawthorne
Darkness becomes her by Kelly Keaton
Dark Room, The by ?
Dark Secrets 1 by Elizabeth Chandler
Dark Visions by L.J Smith
Dash and Lily's Book of Dares by Rachel Cohn and David Levithan
Dead Aim by Iris Johansen
Deadly by Julie Chibbaro
Deadly Little secrets by Laurie Faria Stolarz
Deadly little lies b LFS
Dead is the New Black (DitNB 1) by Marlene Perez*
Dead Run by ?
Delirium by Lauren Oliver
Demonglass by Rachel Hawkins**
Demon Trapper's Daughter, The by Jana Oliver
Deep, The by Helen Dunmore
Deep End Of The Ocean, The by Jacqueline Mitchard*
Desire of the dead by Kimberly Derting
Dictionary of Superstions
Dolls Eyes by ?
Don't juge a girl by her cover by Ally Carter**
Don't Look Back by Amanda Quick
Don't Scream by Wendy Staub
Drowning in the dark by *
Dreamland by Sarah Dessen
Dry Ice by Stephen White
Duff,The by Kody Keplinger
Duma Key by Stephen King

Gamer Girl by Mari Mancusi
Gateway by Christina Garner*
Generation Dead by Daniel Waters
Gifted, The (Better Late then Never 2) by Marilyn Kaye
Gifted, The (Out of sight out of mind 1) by Marilyn Kaye
Give up the ghost by Megan Crewe
Ghost Town by Rachel Caine (signed)
Glimmerglass by Jenna Black
Going to far by Jennifer Echols
Gone by Lisa McMann
Grace by Elizabeth Scott
Graveyard Book,The by Neil Gaiman
Great and Terrible Beauty, A (Gemma Doyle 1) by Libba Bray
Goddess of the Moon (DotM 1) by Lynne Ewing*
Godsend,The by ?**
Going Bovine by Libba Bray

I'd Tell You I Love You, but The I'd Have to Kill You by Ally Carter**
If I Stay by Gayle Foreman**
I Heard That Song Before by Mary Higgins Clark
I Heart You, You Haunt Me by Lisa Schroeder**
I'll Be Seeing You by Mary Higgins Clark*
Immortal by Gillian Shields
Impulse by Ellen Hopkins
Incarceron by Catherine Fisher
Infinite Days by Rebecca Maizel
Inifinity by Sherrilyn Keayon
In a Heartbeat by Loretta Ellsworth**
Ink Exchange (WLS 2) by Melissa Marr
In The Blink Of An Eye by Wendy Straub
Into The Cold Fire (DotM 2) by Lynne Ewing
Iron King, The by Julie Kagawa
Iron Daughter, The by Julie Kagawa
Ironside by Holly Black
Iron Queen, The by Julie Kagawa
Iron witch, The by Karen Mahoney
Ivy, The by

Jealousy by Lili St. Crow
Jessica's Guide to dating on the dark side by Beth Fantaskey
Just listen by Sarah Dessen

Lola and the Boy Next Door by Stephanie Perkins
Looking for alaska by John Greene
Losing Faith by Denise Jaden
Lost Echoes by Joe R. Lansdale
Lost One, The (DotM 6) by Lynn Ewing

Lost Queen, The by Frewin Jones

Q is for quarry by Sue Grafton
Quickie,The by James Patterson


Any questions or books you think I should read. Let me know. If you would like for me to review a book email me ashleyjowens (at) gmail (dot) com and title it review book, and I'll get back with you.

Email ThisBlogThis!Share to TwitterShare to FacebookShare to Pinterest
Labels: contemporary, my bookshelf, mystery, seasons of the moon series, Ya