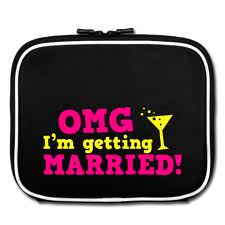 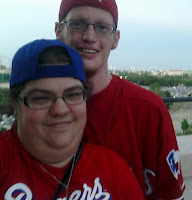 (<---Ryan and I at a Texas Ranger game)
I know this isn't the place to put this, but most everyone doesn't read my personal blog so I figured I'd leave a little message on here. So yeah...you read right I'm getting married. :) Ryan asked me last night. I was pretty much speechless. I knew at some point he probably would just because of the way he's been talking, but I didn't think it would be soon. I started crying, seriously I'm a baby when it comes to things, and he pretty much made my night asking that. I'm the type of person who always thought I'd be alone forever, and to know that something like this happened to me. I don't know it just didn't seem real. He hasn't actually gotten me a ring yet because we're a little broke from moving, but supposely his mom has one and was gonna give it to him so he could give it to me as a sort of promise ring until he could actually get me one. It probably won't happen until next year, but I'm so excited.

Oh and here's a little video of our new apt it's still kind of messy, but it's a work in progress. :)