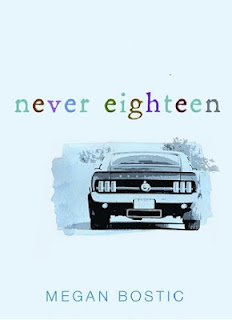 OUTLINE:
I had the dream again. The one where I’m running. I don’t know what from or where to, but I’m scared, terrified really.

Austin Parker is never going to see his eighteenth birthday. At the rate he’s going, he probably won’t even see the end of the year. But in the short time he has left there’s one thing he can do: He can try to help the people he loves live—even though he never will.

But he has to try


IN MY WORDS
Austin Parker knows he doesn't have long to live what with his illness, but he wants to make sure he lives his life to the fullest. He wants to make sure everyone around him lives their lives to the fullest also. So one weekend he gets his best friend Kaylee (his secret crush) to drive him around to places that have meaning to him and to see people he believes he can try and help. A mother who lost a son, a girl in a bad relationship, a kid he bullied, a friend who has a secret, and others. Even if he doesn't break through their shells at least he put in the effort and gave them something to think about. If you ask me that's all that he could ask for.

IN A NUTSHELL
If you want a read that will tug on your heart and show you that even the simplest story can have a huge impact then this one is for you. Never eighteen can be seen as a bit of an inspirational story. It makes you think..what if you knew you didn't have long to live? What would you do? Who would you want to make peace with? Who could you try and impact/give hope to? After I read this it made me think of my fiance, Ryan. Although he's not sick he has a rare disability (for some it's fatal). He told me that the doctors said he wouldn't live past being a teenager, but he here is 2 years away from 30. I thank god for giving him his life and the strength he has because without him my life would suck.(I know that sounds cliche after being with him only 7 months, but if you were to know me before I met him you'd understand.)  I know some days for him are difficult to get out and he's in pain, but he still tries.  Like Kaylee I think I would do anything for him and vice versa. Sorry I got a bit off topic.

CHARACTERS
I really enjoyed Austins voice as a male protagonist. It's rare (although it seems like it's happening a little more now...so I guess not to rare) that you see a male protag in any YA. Then for one to be as genuine as Austin. To care for people in the way he does. It's nice to have characters like these. :) It's nice to know that not all guys have to be stalker-ish/overbearing idiots. That some can be shy about the feelings they have for certain people.
Kaylee was also another great character. Although I loved Austin more Kaylee was the kind of best friend that anyone would be lucky to have. Austin asked if she'd drive him to places without any question and she did. She let Austin take care of his business, and when he did need her she was there for him to lean on (and puke on..lol)
As for the other characters we briefly met like their friends it was nice to learn about them. To see them interact with Austin when he came around to talk with them about their lives. They weren't to overshadowing of the main characters, but they had just enough background to weave the story together nicely.

ALL IN ALL
It's fair to say that I truly loved this story. The characters, storyline, the writing, everything. I have to admit the ending was what really did it for me.


*****SPOILER-Y ALERT ****
When I read Austins letter at the end telling Kaylee what do now that he had passed I pretty much started crying.