Giveaway: Nobody and Every Other Day by Jennifer L. Barnes 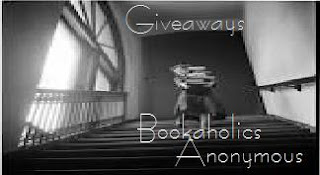 Hello my lovely readers!!
It's been awhile since I've done any sort of giveaway for ya'll so with the upcoming release of Nobody by Jennifer lynn Barnes and the release of the paperback  Every Other day the darling people over at Egmont have been generous enough to let me do a giveaway for both books. 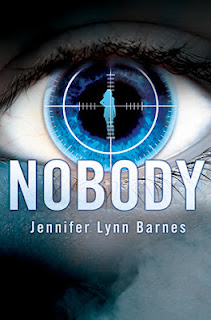 There are people in this world who are Nobody. No one sees them. No one notices them. They live their lives under the radar, forgotten as soon as you turn away.

That’s why they make the perfect assassins.

The Institute finds these people when they’re young and takes them away for training. But an untrained Nobody is a threat to their organization. And threats must be eliminated.

Sixteen-year-old Claire has been invisible her whole life, missed by the Institute’s monitoring. But now they’ve ID’ed her and send seventeen-year-old Nix to remove her. Yet the moment he lays eyes on her, he can’t make the hit. It’s as if Claire and Nix are the only people in the world for each other. And they are—because no one else ever notices them. 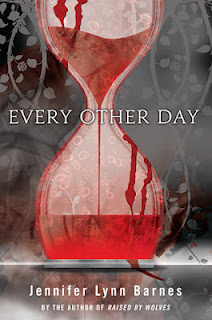 Every other day, Kali D’Angelo is a normal sixteen-year-old girl. She goes to public high school. She argues with her father. She’s human.

And then every day in between . . . she’s something else entirely.

Though she still looks like herself, every twenty-four hours predatory instincts take over and Kali becomes a feared demon-hunter with the undeniable urge to hunt, trap, and kill zombies, hellhounds, and other supernatural creatures. Kali has no idea why she is the way she is, but she gives in to instinct anyway. Even though the government considers it environmental terrorism.

When Kali notices a mark on the lower back of a popular girl at school, she knows instantly that the girl is marked for death by one of these creatures. Kali has twenty-four hours to save her, and unfortunately she’ll have to do it as a human. With the help of a few new friends, Kali takes a risk that her human body might not survive . . . and learns the secrets of her mysterious condition in the process.

Don't both those books sound awesome. I'm actually reading Nobody right now, and enjoying it. So look out for my review to come soon. To get you in the spirit of the books here are some tidbits about the author.

* Here are several additional videos of Jen sharing her thoughts on writing, what's next in YA literature, and the paranormal genre:
Video 1