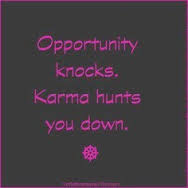 My July has totally been craptastic, but yesterday pretty much was shit-tastic. I woke up to my fiance tossing things around at 630 in the morning trying to find his wallet. I tried to ignore it and go back to sleep, but he finally was like "Will you see if you can help me find my wallet?" so I get up and we look numerous times everywhere. It's nowhere to be found, and he was pissed because naturally he had his liscense, bank card, gas card, emergency credit card, kays card, pep boys card, among other things in there. So by 830 when everything was opening up we went to his job first to see if it was there, and then we decided to go to the bank and cancel that card juat in case. Well whatwe  learned when we got there was that some jackass had found the wallet and spent in one day 430.00 dollars at best buy online (with our bank card), 200.00 on the gas card (technically the cards in his mom names), 130.00 on the emergency card (that's all they could before talking to Ryan), 97.00 at 7eleven on the bank card, 65.00 at walmart, and a few other charges. What sucks even moreis  we didn't have money on the card until both our checks direct deposited that same morning. So they had all our money spent before it was even there. That caused us overdraft charges. We spent a good 8 hours calling, canceling, and talking to places to get it straightend out. We finally went to the poilce department to file a report and they said they couldnt do much until tuesday when the detective that handles that kind of thing comes in. REALLY? Then Ryan calls best buy and finds out the person was trying to buy a laptop, and we got the name that they were having it sent too. Side note if you still someones shit don't use your real name because eventually you will be caught. 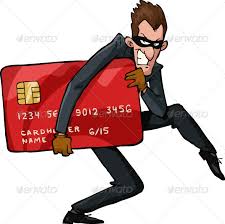 We now have to have everything transfered to a new account, and probably wait 10 days to 45 days to get back anything. It's a damn good thing we have family and some friends who care otherwise we'd really be in a shit creek. Looks like I'm really on a book buying ban for awhile. It just amazes me how uncaring some people are.We worked really really hard for our money to have some bitch/bastard take it all in one day. I just keep telling myself that karmas a bitch and what comes around goes around. To the person who did this you may have gotten a few things out of it, but if everything works you'll be the one getting screwed. Do people not realize there are cameras pretty much anywhere you go. Especially if you steal it at 2am to 3am in the morning at a gas station. Employee?

Then to top that off I get a text from a co-worker telling me not to worry about working today (I was suppose to at 11am) because I hadn't done a module that was due yesterday when all this shit was happening. I was PISSED to say the least. It was my manager who told her to tell me. Really? Be a man and have some balls and call me to let me know. Don't get someone else to do your job. So I went ahead and did it last night, and was I called today and told I could work... once they saw I did it..nope! That's just being heartless in my opinion after I told them my bank account was drained. It's cool though I'll get a vacation day for it, and all be damned if they tell me no.
Then today we stilled had stuff we had to finish taking care of. People if you find someones wallet think about this: How would you feel if someone found your card, money, or whatever and decided to use it knowing that it's wrong and could cause problems for that person?