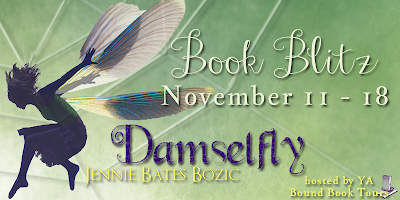 EXCERPT: He breached the space between us far too quickly for comfort. I needed time to figure out what do with him, how to meet those eyes without blushing. But there he was, standing in my space, looking at me. Looking at me. A grin spread across his face, easy as breathing. I didn’t want to look too eager. Then again, I didn’t want to turn him off either. I certainly didn’t want him to go away. “Hi,” he said. White teeth, crinkling eyes. “You must be Thumbelina.” The words wrapped around my throat, choking me. How did he know? “What?” “Thumbelina1847? I really thought I’d guessed it right.” “Oh. Oh.” I held the relief from my face as much as possible. “How did you figure it out?” “Well, let’s see here. You don’t look like an ‘aragornnn20’ or a ‘woodchuckman’ or a ‘nosteroids.’ Shall I continue?” “So which one are you?” “I’m Jack.” “Jacknostalk?” “That’s me.” “Kinda creepy name.” “Yeah. I didn’t realize it until it was too late to change it. I should have made it ‘beanstalk’ instead. Do you mind if I park my chair here?” “I guess. Since you left your stalk at home.” Oh, me of little wit. --------------------- Even now, after nearly one whole year, I feel the weight of the half-truths as a heavy woolen cloak I am forced to wear every day. I have tried to tell him in a dozen different ways that I am only six inches tall. I’ve told him I am as tall as his heart, that he could hold all of me in his hand, that I am shorter than I appear. Every time, he’s acted as though I’m saying something romantic or poetic. And it’s my fault I’ve never driven the truth home. I’ve never forced him to see it. I’ve never told him in words he would understand. Now I don’t know how I ever could. In the beginning, I convinced myself our friendship wouldn’t last long anyway. I thought he would get tired of talking to a girl who lived on the other side of the world, who went to bed at inconvenient times and had no experience talking to boys. But he didn’t. He actually likes me. Or, rather, he likes the girl he thinks is me. The version of Lina that is normal-sized and doesn’t live in a scientific compound. I can’t tell him yet. I just can’t. No one has ever liked me who wasn’t paid to be around me. I can’t give that up. In two days, I won’t have a choice. I’ll turn sixteen, my picture will be released, and Jack will know I’ve been lying all along. -------------------------------- When I was a little girl, about five or six years old, Mr. Coxworth gave me several pop-up children’s books. He propped them up on the kitchen counter in his house, and I would play in the paper castles and oceans. I’d never heard the stories my “forts” belonged to, so I made up my own instead. Cinderella’s castle became the home of my “real parents,” who would come and rescue me someday and break the curse keeping me so tiny. We would ride away in a gilded carriage, and I would never have to return to Lilliput ever again. Hansel and Gretel became my brother and sister. Together we would bury the evil witch in candy and then live in her gingerbread house forever. In my reimagining, Hansel was my protective older brother and Gretel much younger, the baby of the family. And I was smack in the middle. Normal. And I didn’t have to go to school or have tutors or learn old, dead languages. The Snow Queen looked so very much like Dr. Christiansen in the illustrations that I imagined they were one and the same. Hansel and Gretel would come and spring me from her icy castle, and we would escape to our gingerbread house on the next page. As I grew out of the pop-up books, I began to write my own stories in a little notebook. I called them my “True Tales,” and they were my dreams for what my life would have been if I’d been born under different circumstances. Tales of my first day at school, getting a poor grade in English, first crush, first kiss… When I met Jack, I stopped writing them. Today I write a new one. Not on paper. Not for anyone to find. I write it on my soul. The heat of the morning sun and the man lying next to me draw me from slumber. Light wraps around his bare arm, setting the tiny hairs aglow, then comes to rest on the sheet as a perfect triangle of white. The man is Jack, but he’s a few years older now, as am I. We have both grown into our faces and wear them with confidence. We know the landscape of the other’s body better than our own. Still, I hesitate to touch him. The featherweight blanket of quiet has settled upon us. I watch him sleeping, but staring and even touching is an intrusion into his space, a violation of his trust. And his trust is my most priceless treasure. I have fought to keep it with sweat and tears. Somehow, now, we are nearly the same size. I’m not sure how it happened. I don’t know how he forgave me for lying to him or what he said when he discovered the truth. I don’t know why he loves me, why he stays. But he does. And I do. I always will. I seal up my story within myself. I seal up my body, heart, and soul so they will remain safe. I seal myself inside of my bedcovers to block it all out. 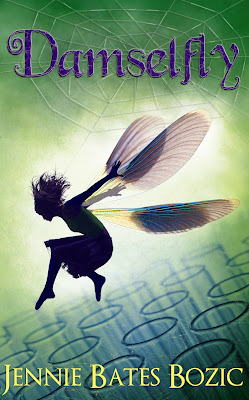 Summary from Goodreads:
In 2065, the Lilliput Project created Lina - the first six-inch-tall winged girl - as the solution to a worldwide energy and food crisis. Isolated in a compound amidst the forests of Denmark, Lina has grown up aware of only one purpose: learn how to survive in a world filled with hawks, bumblebees, and loneliness. However, on the eve of her sixteenth birthday, she discovers that she’s not the only teenager her size. Six 'Toms' were created shortly after Lina, and now her creators need to prove to the world that tiny people are the next logical step in human evolution. In other words, they need to prove that reproduction is possible.

Um. No thanks. Lina's already fallen in love with a boy she met online named Jack. Only he has no idea that thumbelina1847 could literally fit inside his heart.

When her creators threaten to hurt Jack unless she chooses a husband from among the ‘Toms’, Lina agrees to star in a reality TV series. Once the episodes begin to air, the secret of her size is out. Cut off from any contact with the outside world, Lina assumes Jack is no longer interested. After all, what guy would want to date a girl he can’t even kiss?

Slowly, very slowly, she befriends the six young men who see her as their only ticket to happiness. Perhaps she can make just one guy’s dream of love and companionship come true. But her creators have a few more twists in store for her that she never thought possible.

She’s not the only one playing to the cameras. 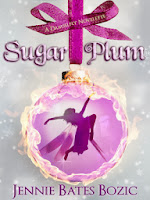 About the Author
I'm a visual effects artist for film and television by day, and at night I don my author cape and pen stories for the YA crowd. I love a good fairy tale, especially if there's a creepy twist, so that's what I write.

I met my husband in the World of Warcraft and we live in Los Angeles with our cat. We spend our time playing video games, reading, hiking, sweeping up cat hair, and cursing the terrible traffic.

I have a bachelor's degree in Religion and Philosophy from Hillsdale College, and some of my past jobs have included: swimming lessons teacher, lifeguard, furniture salesperson, barista, and loan officer. I was especially terrible at the loan officer bit and that's what prompted me to make a major change and go off to Canada to get a diploma in 3D Animation and Visual Effects. After that, I moved to Los Angeles by myself and roomed with two crazy sisters I found on Craigslist. But that's another tale. 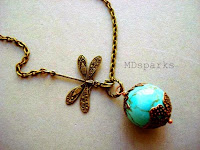 Posted by Ashley @ Bookaholics Anonymous at 9:36 AM