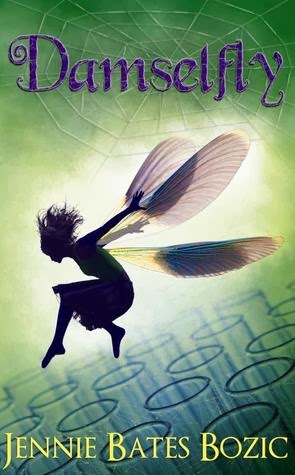 In 2065, the Lilliput Project created Lina - the first six-inch-tall winged girl - as the solution to a worldwide energy and food crisis. Isolated in a compound amidst the forests of Denmark, Lina has grown up aware of only one purpose: learn how to survive in a world filled with hawks, bumblebees, and loneliness. However, on the eve of her sixteenth birthday, she discovers that she’s not the only teenager her size. Six 'Toms' were created shortly after Lina, and now her creators need to prove to the world that tiny people are the next logical step in human evolution. In other words, they need to prove that reproduction is possible.
Um. No thanks. Lina's already fallen in love with a boy she met online named Jack. Only he has no idea that thumbelina1847 could literally fit inside his heart.
When her creators threaten to hurt Jack unless she chooses a husband from among the ‘Toms’, Lina agrees to star in a reality TV series. Once the episodes begin to air, the secret of her size is out. Cut off from any contact with the outside world, Lina assumes Jack is no longer interested. After all, what guy would want to date a girl he can’t even kiss?
Slowly, very slowly, she befriends the six young men who see her as their only ticket to happiness. Perhaps she can make just one guy’s dream of love and companionship come true. But her creators have a few more twists in store for her that she never thought possible.
She’s not the only one playing to the cameras.
MY THOUGHTS:
Going into this story I didn't know what to expect like everyone else I was expecting a Thumbelina like experience. (I use to love that movie when I was younger.) That is definitely the opposite of what I got. Yes, Lina was tiny, but that's about as far as the similarities went. Starting off I thought that it was going to be this cute, fluffy read with pixies and the main MC finding love. I guess in a way it was, but I also found it to be much more. What I took away from it is that you should be happy with the skin you in, size doesn't always matter, looks don't always matter it's the personality people fall in love with.

It was kind of fun to see that a reality tv show was part of a plot in the book. Although I'm not a fan of the bachelor or bachelorette that's kind of what it was like, but it was dealing with the very first of her kind. I really would have liked to learn more about the 6 different guys. I felt it was focused mostly on Row, a little on Blue, and not much on the others. We find out why closer to the end of the book though.

I loved Lina as a main character. Her cute little charming self and her willingness not to give up. There were times if I were her where I would have been like forget it, but she kept fighting even when crap was at rock bottom. I think it was her love for Jack that kept her going.

The one thing that was kind of out of place for me was the beginning of the story where she was fighting or training with the falcon. Why? It never showed back up in the story as far I could see. Is it something that will be explained more in an upcoming book?

QUOTES
Today I write a new one. Not on paper. Not for anyone to find. I write it on my soul.