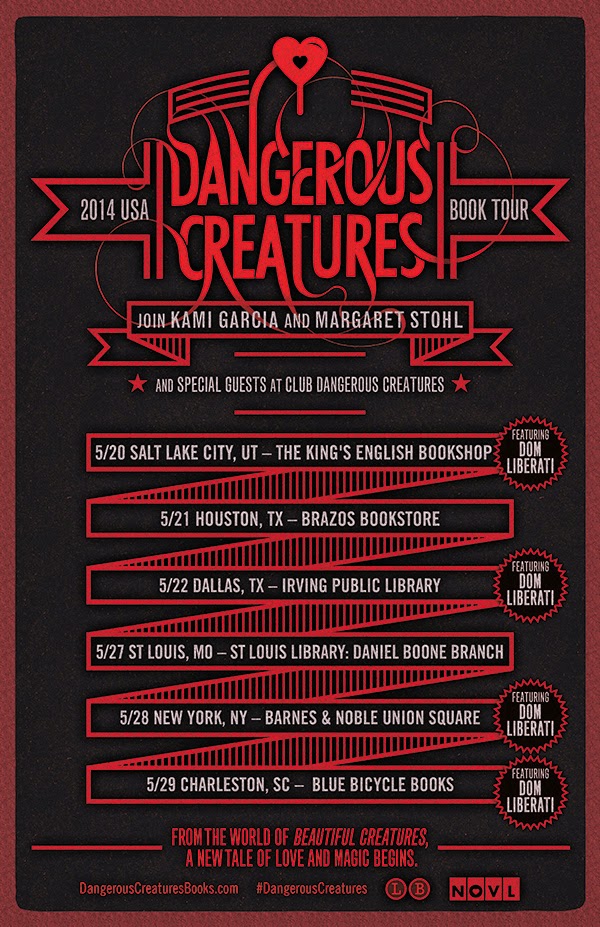 My second signing in just a few weeks. I kept contemplating whether or not to go to this one, but in the end the #booknerdigan in me came out and I had to go. I really need to get some blogger/reader friends that would go with me because I know my poor mom has no clue what's going on. Although, at this signing my mom enjoyed the band they had playing as the signing part to place. Apparently the band was hot. She kept taking pictures of them with her 90's phone.

The Irving Public Library again did a fantastic job with the set up. I actually loved the decorations at this one more than the Dark Days, but it could be because red and black are my favorite colors. They had it decked out in black and red hearts, balloons, streamers, and when you walked in an awesome black tree on the wall made of tissue paper I think with red hearts as the leaves. It was awesome. I totally should have taking a picture of it, but like I said I'm horrible at picture taking at events. They had red velvet (Yummy), chocolate, and vanilla small cupcakes and pink punch. Then of course baggies of candy.  They also of course had a few little knick knacks like buttons, posters, and a strands of pink hair for everyone. I didn't get enough buttons to give out when I do giveaways, but I got a few posters like the one in the picture to the right.

Finally we were all seated and it began with Kami and Margaret walking down the aisle. Let me tell they have got some energy in them. Then the librarian started with questions, and again guys I'm horrible with remembering questions and their answers. So here's a bit of what I could remember. Before the questioning began Kami knocked something over on the ground and Margaret responded with "Everyone Tweet that Kami just broke the Irving Public Library. 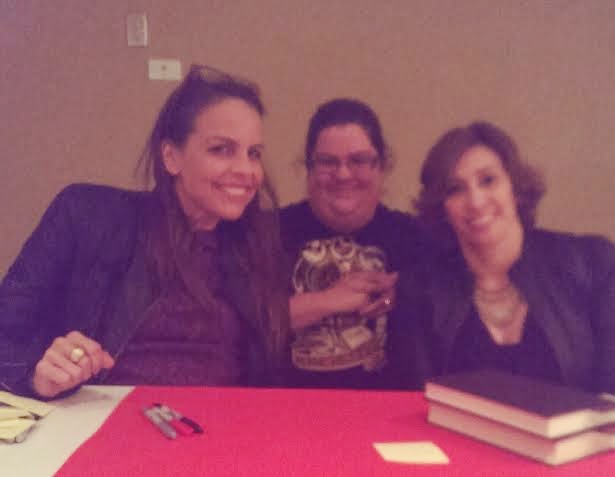 Here I am with Margaret Stohl on the left and Kami Garcia on the right.
Then the signed books below. I love how they used their titles as part of their signing. :)