Waiting on Wed: Fire in the Woods by Jennifer Eaton 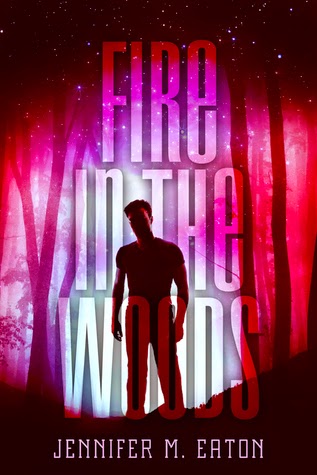 When a plane crashes in the woods near Jess’s home, the boy of her dreams falls out of the sky—literally.
But David’s not here to find a girlfriend. He’s from another planet, and if Jess can’t help him get back to his ship, he’ll be stuck on Earth with nothing to look forward to but the pointy end of a dissection scalpel. But her father runs their house like an army barracks. and with an alien on the loose, Major Dad isn’t too keen on the idea of Jess going anywhere.
Ever.
So how the heck is she supposed to help the sweetest, strangest, and cutest guy she’s ever met? Hiding him in her room probably isn’t the best idea. Especially since her Dad is in charge of the squadron searching for David.
That doesn’t mean she won’t do it.
It just means she can't get caught. Helping David get home while protecting her heart—that’s gonna be the hard part.
After all, she can't really fall for a guy whose not exactly from here. As they race through the woods with Major Dad and most of the U.S. military one breath behind them, Jess and David grow closer than either of them anticipated. But all is not what it seems. David has a genocide-sized secret, and one betrayal later, they are both in handcuffs as alien warships are positioning themselves around the globe. Time is ticking down to Armageddon, and Jess must think fast if she's to save the boy she cares about without sacrificing Earth—and everyone on it.
Why I'm waiting on this?
Okay, so I'm gonna go with I'm on an Alien phase. All these books just ridiculously good, and it doesn't help that the covers catch your attention as well. Why must I be a sucker for covers?

Posted by Ashley @ Bookaholics Anonymous at 12:03 AM

Email ThisBlogThis!Share to TwitterShare to FacebookShare to Pinterest
Labels: 2014, aliens, waiting on wed