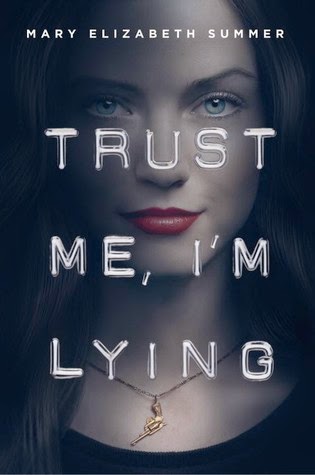 Outline:
Fans of Ally Carter, especially her Heist Society readers, will love this teen mystery/thriller with sarcastic wit, a hint of romance, and Ocean’s Eleven–inspired action.
Julep Dupree tells lies. A lot of them. She’s a con artist, a master of disguise, and a sophomore at Chicago’s swanky St. Agatha High, where her father, an old-school grifter with a weakness for the ponies, sends her to so she can learn to mingle with the upper crust. For extra spending money Julep doesn’t rely on her dad—she runs petty scams for her classmates while dodging the dean of students and maintaining an A+ (okay, A-) average.
But when she comes home one day to a ransacked apartment and her father gone, Julep’s carefully laid plans for an expenses-paid golden ticket to Yale start to unravel. Even with help from St. Agatha’s resident Prince Charming, Tyler Richland, and her loyal hacker sidekick, Sam, Julep struggles to trace her dad’s trail of clues through a maze of creepy stalkers, hit attempts, family secrets, and worse, the threat of foster care. With everything she has at stake, Julep’s in way over her head . . . but that’s not going to stop her from using every trick in the book to find her dad before his mark finds her. Because that would be criminal

Quick Thought (or not)

The synopsis to the book is pretty much right on when it says if you like The Heist Society Books (Con Artists) by Ally Carter then you will enjoy this one. Maybe, even the Gallagher Girls (Teenage Spies) books by Ally Carter. Also I think if you've read Robin Benway's Also Known As (Spies) books you might like this one.


Let's start from the beginning I was pretty excited to read this because I love spies, con artists, and mysteries where you get to follow the characters and try to figure things out with them. So when Julep found her apartment ransacked, and her dad missing she set out to find him with her trusty friend (sidekick), Sam. I honestly enjoyed that there was NOT a love storm brewing anywhere, but sadly that didn't last very long (sigh...I know right!) That's where Tyler comes in, but will get to him later. Like I said I enjoyed the beginning of the story, but somewhere along the pages it lost the things I loved about it. It became more or less a love story. While that's not a bad thing, I just wish it wouldn't have been on the frontline. I wish it would have been a back burner type thing because it seemed to bring our girl Julep down. Julep at the beginning of the story was awesome. I mean I loved the girl. She was strong-willed, believed in herself, knew who she was, but in walks this boy and shit hits the fan. I know love can make people do crazy things and be crazy. Just once I want a female character to stay strong, and say okay so you're hot we'll be cool, but I'm still not going to fall all over you. If you want to be my friend...be my friend. You see where I'm going wit this? I think her infatuation with the boy made her lose sight of who she was. With that being said Tyler was just Tyler, your typical hot, jock that every girl wanted but who only had eyes for Julep. Whether his intentions were honest , or crooked you'll have to read and see. Then you of course have the nerdy boy sidekick, Sam, who we later find something out about him. Oh and the Barista that Julep gets free coffee from.
As much as I thought I would be right when the ending came, I couldn't have been more wrong. I enjoyed following Julep along trying to figure out what her dads clues meant. I would think it was going one way and BAM it went another way. It was like I was on the hunt with her. It did have those twist and turns.People die, people betray one another. Fun times.

Quotes
When you can be anybody, you become nobody.

"It is simply time for Plan B, as my father would say. But I hate having to go with plan B. Plan B is invariably not as strong as Plan A. Obviously, or it would be Plan A."

"You told me the other day that you want to know who you are, that you don't feel like a real person. But the truth is, you're the most real person I've ever met. You see beneath all the glamour to who people really are, what they really want. That layer people wear to show who they wish they were--you don't have that. Sure, you can put on and take off any of those layers like clothes. But they don't define you. The only thing you are is you."

"But you always have one foot out the door, like if you don't let yourself need anyone, you'll be safe. Not only is that not possible, it's damned annoying. Just once, Julep, ask for help."