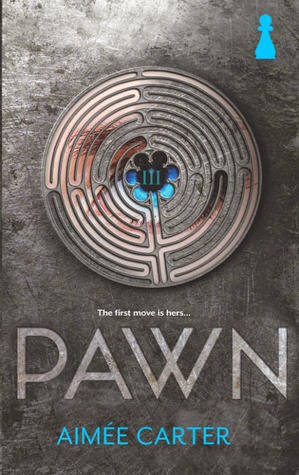 Outline:
YOU CAN BE A VII. IF YOU GIVE UP EVERYTHING.
For Kitty Doe, it seems like an easy choice. She can either spend her life as a III in misery, looked down upon by the higher ranks and forced to leave the people she loves, or she can become a VII and join the most powerful family in the country.
If she says yes, Kitty will be Masked—surgically transformed into Lila Hart, the Prime Minister's niece, who died under mysterious circumstances. As a member of the Hart family, she will be famous. She will be adored. And for the first time, she will matter.
There's only one catch. She must also stop the rebellion that Lila secretly fostered, the same one that got her killed …and one Kitty believes in. Faced with threats, conspiracies and a life that's not her own, she must decide which path to choose—and learn how to become more than a pawn in a twisted game she's only beginning to understand.

Quick Thought (or not)
I'm going to admit I don't know what prompted me to really read this, maybe it was seeing a blog tour invite for Captive the second book, but whatever the case I'm glad I did. I read the first two books in her Goddess Test series, and I enjoyed both of them. I will say that I loved Pawn more then her Goddess Test series.
There were times when Pawn had me confused with the number system, but once I was farther into the story I began to understand it.
I really enjoyed Kitty/Lila as the MC because she knew what she had to do in order to keep the people she loved safe. She may have let some people walk over her, but underneath she really was a strong character. She was determined to keep her shit together in order to save others.
Knox was also a character I enjoyed even though he was Lila's fiance he seemed to genuinely care for Kitty. He tried to keep her from messing things up, and helped her learn her new role as Lila. There was always that little part of him that said "I'm hiding something though."
Benjy was Kitty's boyfriend from the home, and I liked the way their love story was (if you want to call it that) It was real. It wasn't this I just met you now let's hook up crap. They grew up together in the foster system. They were friends before. I love when characters can be friends, and then couples it makes the relationships mean something. It makes you believe that love can bloom from something more. Yes?

The twists and turns that happened I wouldn't have guessed it just makes for a better second book.

Quotes
"You know, once upon a time, everyone could walk into a market and buy anything they wanted." I snorted. "Fairy tales start with 'Once upon a time,' Nina."